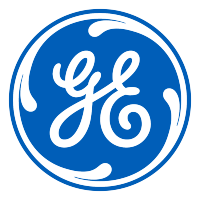 As a Senior Generator-BOP Electrical Engineer , you will be responsible for the design of auxiliary electrical systems for hydroelectric generators and turbines as well as BOP equipment for on-site projects. You will also be responsible for providing technical support to supply chain and site activities related to hydro generators.

As the Lead Generator Electrical BOP Engineer, you will be responsible for the design of hydro generator and turbine electrical auxiliary systems and BOP equipment for installed based projects. You will also be responsible to give technical support for supply chain and site activities related to hydro generators.

Ebasco Services was a United States-based designer and constructor of energy infrasture, most notably nuclear power plants. ,The company was formed from the Electric Bond and Share Company, a holding company that sold securities of electric utilities. It was created by General Electric in 1905. Electric Bond and Share was restructured after the Public Utility Holding Company Act of 1935, forming EBASCO Services, a provider of engineering consulting and construction services. Among other projects EBASCO designed nuclear power plants. ,By the 1980s, EBASCO had three divisions: EBASCO Engineering, which provided engineering design and A/E services, EBASCO Environmental, which provided environmental engineering and science services, and EBASCO Constructors, which provided construction and construction management. ,Ebasco was included in Dow Jones Utility Average from 1938 to 1947. ,Ebasco Services was one of major US architect-engineers, coordinated design of many nuclear power plants both in the USA and abroad including the Fukushima Daiichi Nuclear Power Plant. ,EBASCO Engineering and Constructors were sold to Raytheon in 1993 and became part of a Raytheon subsidiary, United Engineers and Constructors. EBASCO Environmental was sold to Foster Wheeler, Inc., becoming Foster Wheeler Environmental. ,Nuclear whistleblower Ronald J. Goldstein was a supervisor employed by EBASCO, which was a major contractor for the construction of Houston Lighting and Power Company's South Texas Project. In the summer of 1985, Goldstein identified safety problems to SAFETEAM, an internal compliance program established by EBASCO and Houston Lighting, including noncompliance with safety procedures, the failure to issue safety compliance reports, and quality control violations affecting the safety of the plant. ,SAFETEAM was promoted as an independent safe haven for employees to voice their safety concerns. The two companies did not inform their employees that they did not believe complaints reported to SAFETEAM had any legal protection. After he filed his report to SAFETEAM, Goldstein was fired. Subsequently, Golstein filed suit under federal nuclear whistleblower statutes. ,The U.S. Department of Labor ruled that his submissions to SAFETEAM were protected and his dismissal was invalid, a finding upheld by Labor Secretary Lynn Martin. The ruling was appealed and overturned by the Fifth Circuit Court of Appeals, which ruled that private programs offered no protection to whistleblowers. After Goldstein lost his case, Congress amended the federal nuclear whistleblower law to provide protection reports made to internal systems and prevent retaliation against whistleblowers.
Total Jobs:
34
Total Experts:
230
Average Pay:
$132,786
Total value of jobs:
$34,790,000
% Masters:
46%
Learn More About General Electric Company
* Ladders Estimates