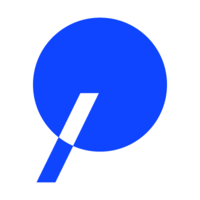 This position will be part of a team of network engineers operating in a converged IP environment who are responsible for the design, migration, implementation, enhancement, optimization, and maintenance of the enterprise LAN/WAN/VTC/VoIP & Telco infrastructure. The incumbent is expected to work with the senior network engineers on various technical projects including but not limited to network consolidation and integration, architecture designs and updates, site renovations & relocations as well as routine network related operational responsibilities.

This position is part of the after-hours on-call rotation and will require occasional after- hours, weekend and holiday work. Successful candidate must be flexible, with the ability to work independently as a project lead, part of the team or individual basis.

Vencore, Inc. was a private defense contractor that serves the U.S. Intelligence Community, Department of Defense and other agencies. From 2010 to 2014, the company was named The SI Organization, Inc.. The SI provided full life cycle, mission-focused systems engineering and integration capabilities, according to its corporate website. Major locations include Chantilly, Basking Ridge, Denver, Laurel, Los Angeles, Red Bank, St. Louis, and Valley Forge. The company employed approximately 2,000 people. It is now part of Perspecta Inc. ,The SI was founded in 1972 in Valley Forge, Pennsylvania, as part of GE Aerospace, when a team of 60 engineers began providing systems engineering and integration services to the Intelligence Community. The System Integrator construct was conceived by the US Government to help implement a very large, complex, and expensive space-based national security program. Due to the success of the construct, the SI grew throughout the 1980s and 1990s, as part of Martin Marietta and later Lockheed Martin, expanding into Northern Virginia and Maryland. The SI was divested by Lockheed Martin in 2010 and acquired by private equity firm Veritas Capital. ,In 2012, the SI acquired PhaseOne Communications, a company that provides strategic communications services. In 2013, the SI acquired Applied Communication Sciences. ACS has capabilities in cybersecurity and information assurance, network and operations, data analytics, advanced software and methodologies, wireless and mobility, application engineering and integration, smart grid, and optical networking and quantum technologies. ,In October 2013, the SI was notified by the US Air Force Space & Missile Systems Center that it had submitted the winning proposal for SMC's follow-on GPS SE&I contract, supplanting incumbent Leidos on the program it had managed since 2007. ,In 2014 the SI acquired QinetiQ North America, and soon thereafter, changed its name to Vencore. ,In October 2017 it was announced that Vencore would merge with the U.S. Public Sector business of DXC Technology and with KeyPoint Government Solutions to create a new independent and publicly traded government contractor. The newly formed company will be named Perspecta. The merger completed and Perspecta Inc. began operations on June 1, 2018. On August 1, 2019 Perspecta Inc. acquired Knight Point Systems ,
Total Jobs:
445
Total Experts:
23
Average Pay:
$145,054
Total value of jobs:
$132,580,000
% Masters:
40%