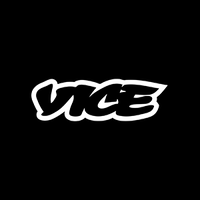 encompassing the development, production, financing and distribution of multi-platform content for

audiences globally. With outposts all over the world, VICE Studios produces quality scripted,

This role will report to the EVP of US Studios and GM of LATAM & U.S. Hispanics and be a driving

force behind the development of fresh, relevant and cutting-edge ideas for new content in both the

LATAM and US markets. This role will also build relationships and partnerships for the department

while supporting and managing productions as needed.

In the short term you are contributing to works in progress and elevating them through strong collaboration with your teammates while also bringing new ideas to the table to develop and add to the active VICE Studios slate.

But after 6 months in this role you’ll be pitching projects actively across to all vendors while continuously developing relationships with external and internal stakeholders across the board.

We’d love if you also had these:

We want to find people who believe in our goals and feel inspired enough to grow while they’re here to fill the role, rather than someone who checks the boxes but isn’t invested. We encourage you to apply and show us what you’ve got.

If you require reasonable accommodation during the application and selection process, please let us know. We will work together to best meet your needs.

Vice Media Group LLC is an American-Canadian digital media and broadcasting company. Developing from Vice magazine, originally based in Montreal and co-founded by Suroosh Alvi, Shane Smith, and Gavin McInnes, Vice expanded primarily into youth and young adult–focused digital media. This included online content verticals and related web series, the news division Vice News, a film production studio, and a record label among other properties. In 2015, Vice Media was called " a poster child for new-media success—especially when it comes to attracting a valuable millennial audience." Vice re-located to New York City in 2001. Vice Media previously broadcast their news programs on HBO. HBO broadcast the Emmy-winning weekly documentary series Vice, which premiered on the network in April 2013. Vice features segments on global issues hosted by Shane Smith, co-founder Suroosh Alvi, and a rotating cast of correspondents. They also broadcast Vice News Tonight, which premiered 10 October 2016, showcased a nightly roundup of global news, technology, the environment, economics, and pop culture while eschewing traditional news anchors. However, on 10 June 2019, HBO announced the news program's cancellation in addition to the severing of relations with Vice Media after a seven-year partnership. In August 2019, it was reported that the company was laying off staff as part of a shift towards news that would involve merging Viceland and Vice News.
Total Jobs:
22
Average Pay:
$140,652
Total value of jobs:
$3,235,000
Learn More About VICE Canada
* Ladders Estimates