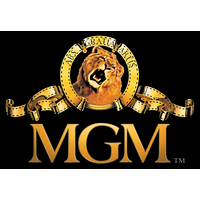 Metro-Goldwyn-Mayer Studios Inc. is an American media company, involved primarily in the production and distribution of feature films and television programs. One of the world's oldest film studios, MGM's corporate headquarters are located in Beverly Hills, California.

MGM was formed in 1924 when the entertainment entrepreneur Marcus Loew gained control of Metro Pictures, Goldwyn Pictures, and Louis B. Mayer Pictures.[page needed] The new company grew and became one of the "big five" film studios of Hollywood. The studio built a stable of stars under contract, its motto was "more stars than there are in heaven". It was the studio that produced numerous big musicals and won many Oscars. The company was a complete production house, from studios and backlots to full technical facilities.

Its most prosperous era was from 1926 until 1959, bracketed by two productions of Ben Hur. The year of 1959 also saw the beginning of the breakup of the company, with the divestiture of the Loews movie chain. Long-term contracts became a thing of the past. Film costs became more unpredictable and making films became more of a gamble. Built initially to produce twenty films or more per year to fill its movie houses, the studio became unsustainable at a reduced output in the 1960s, although it had diversified into television production and rentals of much of its facilities.
Total Jobs:
13
Total Experts:
2
Average Pay:
$112,857
Total value of jobs:
$1,580,000
% Masters:
31%
Learn More About Metro-Goldwyn-Mayer Studios Inc. (“MGM”)
* Ladders Estimates