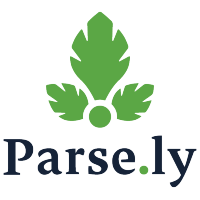 Our analytics platform helps digital storytellers at some of the web's best sites, such as Arstechnica, The New Yorker, TechCrunch, Wired, The Intercept, Slate, and many more. In total, our analytics system handles over 65 billion monthly events from over 1 billion monthly unique visitors.

Our entire stack is in Python and JavaScript, and our team has innovated in areas related to real-time analytics, building some of the best open source tools for working with modern stream processing technologies.

On the open source front, we maintain streamparse, the most widely used Python binding for the Apache Storm streaming data system. We also maintain pykafka, the most performant and Pythonic binding for Apache Kafka.

Our colleagues are talented: our UX/design team has built one of the best-looking dashboards on the planet, using Vue and D3.js, and our infrastructure engineers have built a scalable, devops-friendly cloud environment.

As a Python Data Engineer, you will help us expand our reach into the area of petabyte-scale data analysis — while ensuring consistent uptime, provable reliability, and top-rated performance of our backend streaming data systems.

We’re the kind of team that does “whatever it takes” to get a project done.

Parse.ly’s data engineering team already makes use of modern technologies like Python, Storm, Spark, Kafka, and Elasticsearch to analyze large datasets. As a Python Data Engineer at Parse.ly, you will be expected to master these technologies, while also being able to write code against them in Python, and debug issues down to the native C code and native JVM code layers, as necessary.

This team owns a real-time analytics infrastructure that processes over 2 million pageviews per minute from over 2,000 high-traffic sites. It operates a fleet of cloud servers that include thousands of cores of live data processing. We have written publicly about mage, our time series analytics engine. This will give you an idea about the kinds of systems we work on.

For this role, you should already be a proficient Python programmer who wants to work with data at scale.

Write Python code using the best practices. See The Elements of Python Style, written by our CPO, for an example of our approach to code readability and design.

Analyze data at massive scale. You need to be comfortable with the idea of your code running across 3,000 Python cores, thanks to process-level parallelization.

Brainstorm new product ideas and directions with team and customers. You need to be a good communicator, especially in written form.

Master cloud technologies and systems. You should love UNIX and be able to reason about distributed systems.

8 high paying remote jobs you can get right now (and how to get hired there)
Sara London
7 ways to manage the effects of job search fatigue
Rolf Bax
Have you been the victim of 1 of these 7 cases of wrongful termination?
AnnaMarie Houlis