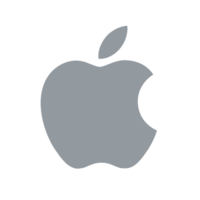 More than 4w ago
Due to employer site constraints, Apply4Me cannot be used for this application.

Summary
At Apple great ideas have a way of becoming great products, services, and customer experiences. We are seeking an experienced designer to join our Apple Podcasts Design team in an exciting and growing design studio. The ideal designer will have a passion for taking on complex problems and designing elegant solutions that can delight billions of people around the world. We'll provide you with unparalleled levels of opportunity and resources, with the goal of creating experiences that influence the industry, as well as people's lives. Join this team if you're ready to do the best work of your life and help us to make each interaction - visual, audial, and haptic - amazing for our customers. The Product Designer is a key player in determining the future direction of Apple Podcasts.

Key Qualifications
6+ years work experience with a focus on product design and UI across a variety of platforms like iOS, web or others
Enthusiasm and history working in an iterative design process, motivated by group critique. Excellent written and verbal communication and ability to present work to large groups and executives.
Demonstrate creative and innovative problem solving and a willingness to take the lead where needed
Experience in shipping digital products from start to finish including the documentation and development process
A passion and eye for visual detail in proportion, type, motion and interaction
Ability to clearly communicate concepts and designs through prototypes, sketches, high fidelity comps and presentations. Highly skilled and fast in any tools you need to visualize your ideas and deliver the work
Empathy and understanding how to advocate for user experience with peer teams like engineering, operations and business
A curiosity for the Podcasts ecosystem
A passion for Apple, its products, and its customers.

Description
We are looking for an extraordinary visual designer for tvOS, iOS, Watch, Mac, PC and Web. You are a natural collaborator and an excellent communicator, able to develop and present design ideas in a large team environment. You will work closely with cross-functional teams such as Engineering, Production, Product Marketing, and Senior Management. Prior experience working within a technical environment is a key requirement. You should possess extraordinary visual and user interface design skills, as well as user-centered design principals. You have an affinity for consistency, color use, typography, and a keen eye for subtle details. While exercising a good eye for aesthetics, you are able to grasp and distill highly complex issues and translate them into clean, focused, understandable solutions. Strong communication skills and ability to stay highly organized is critical. Interest in new technologies in web, mobile, and other devices is required. You should be a self-starter, self-motivated, able to work independently, and perform multiple tasks under minimal supervision. The work that you will design will be seen and experienced by millions of people every month around the globe.

Apple was founded by Steve Jobs, Steve Wozniak, and Ronald Wayne in 1976 to develop and sell Wozniak's Apple I personal computer. It was incorporated by Jobs and Wozniak as Apple Computer, Inc. in 1977, and sales of its computers, including the Apple II, grew quickly. They went public in 1980 to instant financial success. Over the next few years, Apple shipped new computers featuring innovative graphical user interfaces, such as the original Macintosh, announced with the critically acclaimed advert "1984". However, the high price of its products and limited application library caused problems, as did power struggles between executives. In 1985, Wozniak departed Apple amicably, while Jobs resigned to found NeXT, taking some Apple co-workers with him.

As the market for personal computers expanded and evolved through the 1990s, Apple lost considerable market share to the lower-priced duopoly of Microsoft Windows on Intel PC clones. The board recruited CEO Gil Amelio, who prepared the struggling company for eventual success with extensive reforms, product focus and layoffs in his 500 day tenure. In 1997, Gil bought NeXT, to resolve Apple's unsuccessful OS strategy and bring back Steve Jobs, who replaced Amelio as CEO later that year. Apple returned to profitability under the revitalizing "Think different" campaign, launching the iMac and iPod, opening a retail chain of Apple Stores in 2001, and acquiring numerous companies to broaden their software portfolio. In 2007, the company launched the iPhone to critical acclaim and financial success. In 2011, Jobs resigned as CEO due to health complications, and died two months later. He was succeeded by Tim Cook.