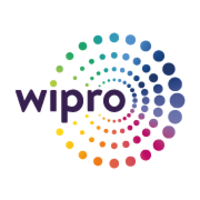 Wipro Limited is an Indian multinational corporation that provides information technology, consulting and business process services. It is headquartered in Bangalore, Karnataka, India. In 2013, Wipro separated its non-IT businesses and formed the privately owned Wipro Enterprises. The company was incorporated on 29 December 1945 in Amalner, Maharashtra by Mohamed Premji as "Western India Palm Refined Oil Limited", later abbreviated to "Wipro". It was initially set up as a manufacturer of vegetable and refined oils in Amalner, Maharashtra, British India, under the trade names of Kisan, Sunflower, and Camel. In 1966, after Mohamed Premji's death, his son Azim Premji took over Wipro as its chairman at the age of 21. During the 1970s and 1980s, the company shifted its focus to new opportunities in the IT and computing industry, which was at a nascent stage in India at the time. On 7 June 1977, the name of the company changed from Western India Vegetable Products Limited, to Wipro Products Limited. In 1982, the name was changed again, from Wipro Products Limited to Wipro Limited. Wipro continued to expand in the consumer products domain with the launch of "Ralak" a Tulsi based family soap and "Wipro Jasmine", a toilet soap. In 1988, Wipro added mobile hydraulic cylinders and heavy-duty industrial cylinders to its line of products. A joint venture company with the United States' General Electric in the name of Wipro GE Medical Systems Pvt. Ltd. was set up in 1989 for the manufacture, sales, and service of diagnostic and imaging products. In 1991, tipping systems and Eaton hydraulic products were launched. The Wipro Fluid Power division, in 1992, developed the capability to offer standard hydraulic cylinders for construction equipment and truck tipping systems. The "Santoor" talcum powder and "Wipro Baby Soft" range of baby toiletries were launched in 1990.
Total Jobs:
87
Total Experts:
79
Average Pay:
$118,940
Total value of jobs:
$48,290,000
% Masters:
48%
Learn More About Wipro Technologies
* Ladders Estimates

Weston Solutions Of Michigan Inc•Bend, OR 97703

Is ‘cybervetting’ killing your chances at a job? Here’s what you need to know
John Anderer
The 4 best female-led companies to follow right now (and how to get a job there)
Meredith Schneider
Everything you need to know about becoming an accountant
Olivia Kelley