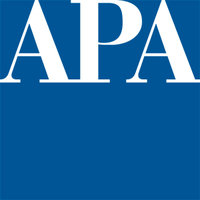 Plans, organizes, and directs the activities and staff of the Planning Division. The Planning Division provides a multitude of services related to Long Range Planning and Current Planning. They administer the General Plan and Zoning Ordinance regarding new development projects and redevelopment projects. Planning aids the community in development and the permit review process, carries out plans in strategic locations, and provides professional information to decision makers and the public to support quality growth and focused development for the community. The Planning Division also serves as the Historic Preservation Office for the city. Mapping and Records is also part of the Planning Division. Mapping and Records maintains the GIS database which includes layers of information relative to City Council districts, water lines, sewer lines, storm drains, streets, addresses, parcels, and subdivisions.

Note, applications will be accepted until a sufficient amount is received, with first review taking place on April 9, 2021.

Boasting more than 300 days of sunshine a year, the City of Glendale is a dynamic desert community located on the western edge of the Phoenix metropolitan area in Maricopa County. Encompassing 60 square miles, Glendale (pop. 237,000) is the fifth largest city in Arizona and a member of the Maricopa Association of Governments. Renowned for its sports complexes, affordable homes, and family entertainment, Glendale remains one of the most desirable communities in the Valley of the Sun.

With a long-standing commitment to connecting sports and community, Glendale boasts one of the most dynamic sports and entertainment districts in the country. A six square-mile, mixed-use district is the home of the Arizona Coyotes (NHL) and the Arizona Cardinals (NFL) as well as spring training facilities for MLB's Los Angeles Dodgers and Chicago White Sox. Glendale was recently named the host of Super Bowl LVII in 2023. University of Phoenix Stadium has already hosted two Super Bowls (2008 and 2015), two BCS National Championship football games (2007 and 2011), the College Football Playoff National Championship (2016), the NCAA Men's Basketball Final Four (2017), and countless world- class concerts, including the Rolling Stones and U2.

With approximately 1,900 employees and a FY 2020-21 budget of $747 million, Glendale is a full-service, progressive city. Services include police and fire protection; water, sewer, and sanitation services; the construction and maintenance of highways, streets, public facilities, and other infrastructure; and recreational activities and cultural events.

Maricopa County is one of the fastest growing counties in the country. Most of the growth in the next 25 years in the Phoenix area will occur in the "West Valley," with Glendale at the epicenter. In 2016, voters approved Envision Glendale 2040, an update of the City's General Plan.

Essential Functions of the Planning Manager:

Plans, organizes, and directs the activities of the Planning Division, and the preparation and administration of the Planning Work Program in collaboration with the Planning Commission, City Council, and city management team.

Provides information, technical assistance, and professional guidance to developers, architects, engineers, the general public, Planning Commission, Board of Adjustment, Historic Preservation Commission, other Boards and Commissions, and the City Council.

Provides recommendations and guidance to the Development Services Director, City Manager, City Council, and others on planning policies and developmental related issues.

Makes oral and written presentations to the City Council, Planning Commission, and other city Boards and Commissions.

Attends and participates in organizational problem-solving meetings and groups.

Participates as team member or manager on development projects with high visibility, difficulty, or political issues.

Performs other related duties as assigned.

Deputy Director for Finance and Administration