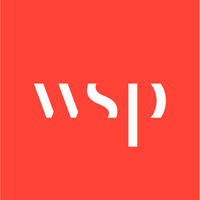 WSP is currently initiating a search for a Planning and Environment Manager for the New York City region, located in our NY City office.

Talent is the essence of meeting our client's objectives, goals and challenges. If this sounds like a fit for you, we'd love to have that first discussion of you joining our team.

WSP Global Inc. is a Canadian business providing management and consultancy services to the built and natural environment. It is listed on the Toronto Stock Exchange. After the purchase of New York-headquartered professional services firm Parsons Brinckerhoff in October 2014, WSP Global effectively became one of the largest professional services firms in the world, with approximately 43,600 employees in 500 offices serving in 40 countries. ,Engineering Services firms, G.B.G.M. Ltd and Les Consultants Dupuis, Côté Inc., began operating in Quebec City in 1959.[citation needed] ,In 1969 in England, WSP was established by Chris Cole and three other partners trading as the Williams Sale Partnership. In 1976, it was a founder member of the Building Services Research and Information Association. It was first listed on the London Stock Exchange in 1987. ,After acquiring three firms and geographical expansion in 1993, the name of the Canadian firm GBGM was changed to GENIVAR. ,In the 1990s, the company expanded at home and overseas forming WSP Asia in 1995, incorporating T P O'Sullivan and Partners in 1997, acquiring US practices Cantor Seinuk and Flack + Kurtz in 2000, as well as buying Jacobson & Widmark in Sweden in 2001, LT Consultants Oyj and EMP Projects Oyj in Finland in 2003 and, PHB Group in the UAE in 2005. ,On 7 June 2012, Genivar Inc. announced that it made a friendly takeover cash offer of £278 million for WSP Group plc, headquartered in London. The offer was backed by WSP's board of directors as well as investors holding 37% of the company's shares and the take over was completed on 1 August 2012. This merger created a professional services firm with approximately 15,000 employees, working in over 300 offices worldwide. ,The company reorganised its corporate structure on 1 January 2014, to create a parent company named WSP Global Inc. and adopted the common brand of WSP. ,On 31 October 2014, WSP Global announced that it had completed the purchase of New York-headquartered professional services firm Parsons Brinckerhoff from Balfour Beatty for USD$1.24 billion. The company has a network of approximately 170 offices and nearly 13,500 employees on five continents and became a wholly owned independent subsidiary. Together, WSP | Parsons Brinckerhoff is one the largest professional services firms in the world with approximately 32,000 employees in 500 offices serving 39 countries. ,In early 2015, WSP Global announced the engineering consultancy firm's plans to expand to 45,000 employees by 2020. ,In October 2016, WSP purchased Mouchel Consulting from the Kier Group for approximately £75 million. ,In January 2017, WSP | Parsons Brinckerhoff announced that it would assume the name "WSP USA", effective from May 2017. ,In August 2017, WSP announced its intention to make a takeover bid for Opus International Consultants. ,In July 2018, WSP announced its intention to buy Berger Group Holdings Inc., parent of the group of companies operating under the name of Louis Berger Group, a Morristown, N.J.-based international professional services firm, for $400 million. ,In February 2020, WSP announced the acquisition of US-based environmental consulting firm LT Environmental which strengthened the firm's expertise in the Environmental sector.
Total Jobs:
137
Total Experts:
12
Average Pay:
$152,896
Total value of jobs:
$25,075,000
% Masters:
33%