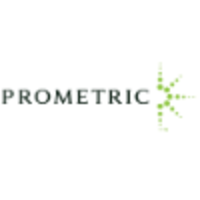 Prometric, also known as Prometric Testing, is a U.S.-based company in the test administration industry. Its corporate headquarters is located in Canton in the United States. Prometric operates a test center network composed of thousands of sites in 160 countries. Many examinations are administered at Prometric sites, including those from the:

Prometric's computerized testing centers were founded by Drake International in 1990 under the name Drake Prometric. In 1995, Drake Prometric L.P. was sold to Sylvan Learning in a cash and stock deal worth approximately $44.5 million. The acquired business was renamed Sylvan Prometric, then sold to Thomson Corporation in 2000. The Thomson Corporation announced its desire to sell Prometric in the fall of 2006, and Educational Testing Service announced plans to acquire it. On Monday, October 15, 2007, Educational Testing Service closed its acquisition of Prometric from the Thomson Corporation. In 2018, Prometric was bought by Baring Private Equity Asia. In September 2019, Roy Simrell joined Prometric as President and CEO.

Prometric sells a range of services, including test development, test delivery, and data management capabilities. Prometric delivers and administers tests to approximately 500 clients in the academic, professional, government, corporate and information technology markets. While there are 3,000 Prometric test centers across the world, including every U.S. state and territory, whether a particular test can be taken outside the U.S. depends on the testing provider. For example, despite the fact that Prometric test centers exist worldwide, some exams are only offered in the country where the client program exists. The locations where a test is offered, as well as specific testing procedures for the day of the exam, are dictated by the client.
Total Jobs:
4
Total Experts:
8
Average Pay:
$98,780
Total value of jobs:
$4,050,000
% Masters:
38%
Learn More About Prometric
* Ladders Estimates

Everything you need to know about becoming a dermatologist
Ashley Jones
These US cities will pay up to $20,000 for you to relocate—but there’s always a catch
Benjamin Lorber
A guide to using social media to your advantage when job hunting
Sarah Dillon