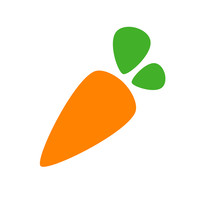 Instacart is an American company that operates a grocery delivery and pick-up service in the United States and Canada. The company offers its services via a website and mobile app. The service allows customers to order groceries from participating retailers with the shopping being done by a personal shopper.

Instacart was founded in 2012 by entrepreneur Apoorva Mehta, a former Amazon.com employee. Apoorva was born in India and moved with his family to Canada in 2000. He studied engineering at the University of Waterloo and graduated in 2008. He was a participant in Y Combinator's Summer 2012 batch, which eventually led to the creation of Instacart. In 2013, Mehta was included on the Forbes 30 Under 30 list. Apoorva previously worked at BlackBerry, Qualcomm, and then Amazon as a supply chain engineer, where he developed fulfillment systems to move packages from Amazon's warehouses to customers' homes. Before founding Instacart, Apoorva had tried to start at least 20 other services. He tried building an ad network for social gaming companies, and developing a social network specifically for lawyers, among other start-ups.

Instacart originally launched in San Francisco. By April 2015, the firm had about 200 employees. It introduced a new policy around June allowing some shoppers to choose to be part-time employees, starting with Chicago and Boston and extending its offer to shoppers in Atlanta, Miami, and Washington D.C. the following month.
Total Jobs:
84
Total Experts:
2
Average Pay:
$100,740
Total value of jobs:
$2,720,000
% Masters:
34%
Learn More About Instacart
* Ladders Estimates

These are the 15 highest-paying psychology jobs
Hailey Hudson
6 jobs that prepare you for side hustle success
Kyle Young
This is what work will look like in 2030, and it isn’t pretty
Kyle Schnitzer