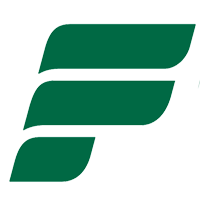 What Will You Be Doing?

The Manager of Purchasing is responsible for the procurement of aircraft parts and related inventory, and for overseeing non-technical purchasing, including IT. This position works with internal and external parties to procure inventory at the lowest total cost by balancing price, quantity, lead-time and quality. The position will establish external supplier performance tracking of all key suppliers. This position will oversee complicated, multimillion-dollar contracts to support the parts needs of Frontier and will be a key participant in establishing relationships with business partners to support Frontier’s growth.

· Assist with oversight, audits and analysis in partnership with Fleet team, as needed.

Frontier Airlines is a United States ultra low cost carrier headquartered in Denver, Colorado, USA. The carrier, which is a subsidiary and operating brand of Indigo Partners, LLC, operates flights to 54 destinations throughout the United States and 5 international destinations. The airline maintains a hub at Denver International Airport with numerous focus cities across the United States. Also, under a code-share agreement with Great Lakes Airlines, the airline connects passengers to surrounding Rocky Mountain States through their Denver hub. Frontier Airlines was incorporated on February 8, 1994, by a group that included executives of the original incarnation of Frontier Airlines in response to the void left by Continental Airlines 1993 shutdown of its Denver (Stapleton) hub. Scheduled flights began five months later in July 1994 utilizing Boeing 737-200 jetliners on routes between Denver and four destinations in North Dakota: Bismarck, Minot, Fargo and Grand Forks. By January 1995, Frontier had expanded its route network from Denver and was serving Albuquerque, NM, Billings, MT, Bismarck, ND, Bozeman, MT, El Paso, TX, Fargo, ND, Great Falls, MT, Las Vegas, NV, Missoula, MT, Omaha, NE, and Tucson, AZ with Boeing 737 jet service. Like the original airline of the same name, the new Frontier operated a hub at Denver (DEN) and for the first nine years used the slogan "The Spirit of the West" which was displayed above the windows and just behind the cursive letters "Frontier" on the fuselage of their aircraft. In 1999, Frontier signed agreements to begin purchasing and leasing Airbus A318 and A319 jet aircraft and had also added Boeing 737-300 jetliners to its fleet as well. Also by September 1999, the airline was serving destinations from coast to coast in the U.S. having expanded its route network to include Atlanta (ATL), Baltimore (BWI), Bloomington/Normal, IL (BMI), Boston (BOS), Chicago (MDW, Midway Airport), Dallas/Fort Worth (DFW), Phoenix (PHX), Los Angeles (LAX), Minneapolis/St. Paul (MSP), New York City (LGA, LaGuardia Airport), Orlando (MCO), Portland, OR (PDX), Salt Lake City (SLC), San Diego (SAN), San Francisco (SFO) and Seattle (SEA), all served from its Denver hub. Frontier took delivery of its first Airbus aircraft (an A319) in 2001 and simultaneously launched with it DirecTV in-flight television along with a new company livery. Frontier Airlines was the launch customer of the Airbus A318 in 2003. In mid-April 2005, Frontier officially became an all-Airbus fleet, retiring its last Boeing 737.
Total Jobs:
19
Total Experts:
3
Average Pay:
$124,210
Total value of jobs:
$2,360,000
% Masters:
26%

5 ways to close an interview that make you unforgettable to the hiring manager
Steve Adcock
If you’ve been out of work for 3 months or longer, this is how you should approach the job search
Steve Adcock
Does team chemistry actually exist?
Jamey Austin