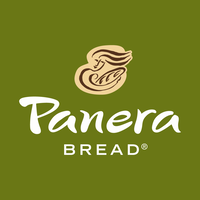 Panera is seeking a Capacity Planner and Performance Engineer as part of the Capacity Engineering team. The Capacity Engineering & Analysis team will drive both strategic and tactical planning to ensure that Panera applications have sufficient capacity while maintaining operational and financial discipline. This role will interact closely with several cross functional partners including infrastructure, software engineering, data engineering, & performance & reliability engineering. This role will be actively engaged in multiple strategic initiatives building efficient infrastructure to serve Panera.

Panera Bread Company is an American chain store of bakery-café fast casual restaurants with over 2,000 locations, all of which are in the United States and Canada. Its headquarters are in Sunset Hills, Missouri, a suburb of St. Louis. The company operates as Saint Louis Bread Company in the Greater St. Louis area, where it has over 100 locations. Offerings include bakery items, pasta, salads, sandwiches, soups, and specialty drinks. As of 2020, the menu also includes flatbread pizzas.

The company, which also owns Au Bon Pain, is owned by JAB Holding Company which is, in turn, owned by the Reimann family of Germany.

Panera offers a wide array of pastries and baked goods, such as bagels, brownies, cookies, croissants, muffins, and scones. These, along with Panera's artisan breads, are typically baked before dawn by an on-staff baker. Aside from the bakery section, Panera has a regular menu for dine-in or takeout including: flatbreads, panini, Panera Kids, pastas, salads, sandwiches, side choices, and soups, as well as coffee, espresso drinks, frozen drinks, fruit smoothies, hot chocolate, iced drinks, lattes, lemonade, and tea.

Outside Sales Representative
Sysco•Hood River, OR 97031