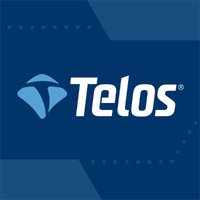 This position is to perform Information Assurance activities in support of the Xacta IA Manager Application suite. The candidate will be responsible for supporting government clients in application administration, configuring, deploying, or troubleshooting a large enterprise deployment of Xacta IA Manager and implementation with dependent systems and processes. The candidate will be required to apply domain knowledge and collaborate with team leads and clients to translate functional needs into technical security solutions appropriately. The candidate will have the opportunity to interface with Security Authorization practitioners including the Authorizing Official, Information System Security Officers, System Owners and Engineers to assist with the development of the Security Authorization documentation packages.

This position will be based in Herndon, VA.

The Telos Alliance is an American corporation manufacturing audio products primarily for broadcast stations. Headquartered in Cleveland, Ohio, USA, the company is divided into six divisions: The Telos Alliance began as Telos Systems, a part-time project founded in 1985 by radio station engineer and talk show host Steve Church. Its first product was a telephone hybrid, the Telos 10, which was based on digital signal processing. Church visited Fraunhofer in Germany in the late 1980s. There, he learned of MPEG-1 Audio Layer III audio coding. Telos became the first licensee in the United States of what is now known as MP3. MP3 became part of the solution to long-distance remote broadcasts using Integrated Services Digital Network. This became the preferred alternative to leased lines available since the 1920s and satellite links available since the 1970s. Audio over IP technology called Livewire made its debut in 2003 at the NAB Show in Las Vegas. The original Livewire-capable products included mixing consoles, analog, AES, mic and GPIO nodes. Other manufacturers began making their own AoIP broadcast equipment and there was a need for AoIP gear from different manufacturers to communicate with each other. Telos, along with other manufacturers, developed the AES67 standard for AoIP interoperability. Church received many accolades for his work over the years. In 2010, the National Association of Broadcaster's honored him with its Radio Engineering award. He stepped down as CEO of Telos in January 2011, and died on September 28, 2012 after a three-year battle with brain cancer. In the following years, the company also expanded its product lines. Telos Systems continued to develop broadcast telephone systems, IP audio codecs & transceivers, and processing as well as encoding for streaming audio. Networked radio consoles, audio interfaces and routing control, networked intercom, and related software were created under the Axia Audio brand name. Audio processing, processing and encoding products for streaming audio, voice processing, analysis tools, and studio audio processing was developed under the Omnia Audio brand. The three companies were under the larger corporate umbrella known as Telos Systems. Growth of the company continued with the acquisition of new partners. Linear Acoustic of Lancaster PA was acquired, along with its product line of TV loudness controls, metering and monitoring devices, along with mixing and metadata tools. The corporate name was changed to The Telos Alliance. Shortly thereafter, 25-Seven came on board. This Boston-based company specializes in broadcast delays, time management and processing products which result in more efficient and profitable radio operations. In September 2015, Minnetonka Audio Software joined the Telos Alliance through a merger of the companies. the Minnetonka, Minnesota-based company delivers a file-based software alternative to hardware program optimizers, providing audio automation to media production infrastructures. The TV Solutions Group was formed in September 2016, to focus on the expanding needs of the television broadcast market. The new division consists of both Linear Acoustic and Minnetonka Audio products, staff and brands. The group will provide solutions to aid broadcasters in the transition to the latest TV technology. The AES67 AoIP standard is a key strategic focus for the new group.
Total Jobs:
6
Total Experts:
4
Average Pay:
$142,500
Total value of jobs:
$1,710,000
% Masters:
33%
Learn More About TELOS
* Ladders Estimates