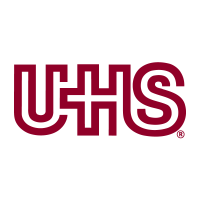 This is a great opportunity to practice in a growing area that enjoys a strong local economy, and is experiencing a huge need for pediatric sub-specialties. It is projected the new practice would be busy almost immediately. Very competitive compensation package. Candidates must be BC/BE.

At the crossroads of the United States and Mexico, the four-county region known as the Rio Grande Valley is the third largest and one of the fastest growing areas in Texas. Multicultural and largely bilingual, the population of the Rio Grande Valley now totals more than 1.4 Million. One of the fastest-growing counties in the United States. Once reliant on agriculture and world-class nature tourism, the RGV has been transformed into a major international trade area with first-rate commercial and manufacturing facilities, as well as numerous health care, retirement and higher education institutions. In addition, Hidalgo has become a shopping mecca, with several districts attracting millions of visitors each year.

The Valley's dynamic population and economy, injected with millions of dollars annually by Winter Texans, has led to a steady increase in employment, particularly opportunities requiring higher levels of education. Construction is taking place throughout the region, bringing thousands of jobs with the promise of sustainable economic growth and prosperity.

McAllen/Edinburg enjoys a high quality of life with a low cost of living. It is one of the least expensive metro areas to live in the nation (2nd in Kiplinger's 2019 list). Residents spend less than the national median sale price on home purchases, as well as less than the national average on everyday expenses like food, transportation and heath care. These facts, coupled with the areas relaxed paced of life, safe neighborhoods, and welcoming communal environment, make McAllen and its surrounding areas a great place to live and raise a family. With 3 airports in the area the Rio Grande Valley is it easy access to national and international destinations including Dallas-Fort Worth, Houston, Las Vegas and Mexico City.

One of the nation’s largest and most respected hospital management companies, Universal Health Services, Inc. (NYSE: UHS) has built an impressive record of achievement and performance. Steadily growing since its inception to an esteemed Fortune 500 corporation, UHS today has annual revenues of $10 billion and 83,000 employees. In 2018, UHS was recognized for the eighth consecutive year as one of the World’s Most Admired Companies by Fortune; and in 2017, ranked #276 on the Fortune 500, and listed #275 in Forbes inaugural ranking of America’s Top 500 Public Companies.