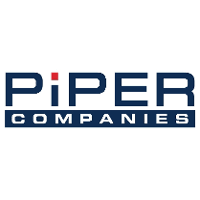 Piper Companies is currently seeking a Fill/Finish Manager for a innovative biotechnology company focused in cancer research in the Gaithersburg, MD area.

Piper Aircraft, Inc. is a manufacturer of general aviation aircraft, located at the Vero Beach Regional Airport in Vero Beach, Florida, United States and owned since 2009 by the Government of Brunei. Throughout much of the mid-to-late 20th century, it was considered to be one of the "Big Three" in the field of general aviation manufacturing, along with Beechcraft and Cessna. Between its founding in 1927 and the end of 2009, the company produced 144,000 aircraft in 160 certified models, of which 90,000 are still flying.
Total Jobs:
140
Average Pay:
$123,009
Total value of jobs:
$80,325,000
% Masters:
13%