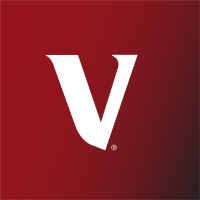 The Vanguard Group, Inc. is an American registered investment advisor based in Malvern, Pennsylvania with about $6.2 trillion in global assets under management, as of January 31, 2020. It is the largest provider of mutual funds and the second-largest provider of exchange-traded funds in the world after BlackRock's iShares. In addition to mutual funds and ETFs, Vanguard offers brokerage services, variable and fixed annuities, educational account services, financial planning, asset management, and trust services. Several mutual funds managed by Vanguard are ranked at the top of the list of US mutual funds by assets under management. Along with BlackRock and State Street, Vanguard is considered one of the Big Three index funds that dominate corporate America.:2:721

Founder and former chairman John C. Bogle is credited with the creation of the first index fund available to individual investors and was a proponent and major enabler of low-cost investing by individuals. Vanguard is owned by the funds managed by the company and is therefore owned by its customers. Vanguard offers two classes of most of its funds: investor shares and admiral shares. Admiral shares have slightly lower expense ratios but require a higher minimum investment, often between $3,000 and $100,000 per fund. Vanguard's corporate headquarters is in Malvern, Pennsylvania, a suburb of Philadelphia. It has satellite offices in Charlotte, North Carolina, and Scottsdale, Arizona. The company also has offices in Canada, Australia, Asia, and Europe.
Total Jobs:
150
Total Experts:
45
Average Pay:
$107,283
Total value of jobs:
$54,500,000
% Masters:
38%
Learn More About Vanguard Group
* Ladders Estimates

Director of Tax and Wealth Planning