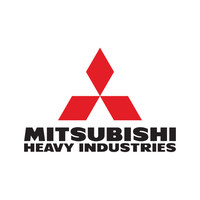 The Energy Storage DC Electrical Engineer will report to the Design Engineering Manager, and will be responsible for all technical designs related to the direct current (DC) systems that are required to deliver Battery Energy Storage Systems (ESS) as part of the NEXT business under Mitsubishi Power. This includes understanding of customer’s needs, energy profiles, and life cycle requirements, optimally selecting suppliers’ equipment, engineering and technical aspects of the DC design to ensure low life cycle cost, quality, reliability, constructability, and operation. Lead the development of standardized and/or project specific DC components for ESS for Utility Scale and C&I applications using Li-Ion batteries packaged in Containerized systems or in custom buildings. Provide expertise in the optimization of Energy Storage Systems. Benchmark and evaluate new technologies or new offerings from suppliers, and integrate into our solutions.

Mitsubishi Heavy Industries, Ltd. is a Japanese multinational engineering, electrical equipment and electronics company headquartered in Tokyo, Japan. MHI is one of the core companies of the Mitsubishi Group and its automobile department is the predecessor of Mitsubishi Motors., MHI's products include aerospace and automotive components, air conditioners, elevators, forklift trucks, hydraulic equipment, machine tools, missiles, power generation equipment, printing machines, ships, aircraft, railway systems, and space launch vehicles. Through its defense-related activities, it is the world's 23rd-largest defense contractor measured by 2011 defense revenues and the largest based in Japan., In 1857, at the request of the Tokugawa Shogunate, a group of Dutch engineers began work on the Nagasaki Yotetsusho, a modern, Western-style foundry and shipyard near the Dutch settlement of Dejima, at Nagasaki. This was renamed Nagasaki Seitetsusho in 1860, and construction was completed in 1861. Following the Meiji Restoration of 1868, the shipyard was placed under control of the new Government of Meiji Japan. The first dry dock was completed in 1879., In 1884, Yataro Iwasaki, the founder of Mitsubishi, leased the Nagasaki Seitetsusho from the Japanese government, renamed it the Nagasaki Shipyard & Machinery Works and entered the shipbuilding business on a large scale. Iwasaki purchased the shipyards outright in 1887. In 1891, Mitsubishi Heavy Industries - Yokohama Machinery Works was started as Yokohama Dock Company, Ltd. Its main business was ship repairs, to which it added ship servicing by 1897. The works was renamed Mitsubishi Shipyard of Mitsubishi Goshi Kaisha in 1893 and additional dry docks were completed in 1896 and 1905., The Mitsubishi Heavy Industries - Shimonoseki Shipyard & Machinery Works was established in 1914. It produced industrial machinery and merchant ships., The Nagasaki company was renamed Mitsubishi Shipbuilding & Engineering Company, Ltd. in 1917 and again renamed as Mitsubishi Heavy Industries in 1934. It became the largest private firm in Japan, active in the manufacture of ships, heavy machinery, airplanes and railway cars. Mitsubishi Heavy Industries merged with the Yokohama Dock Company in 1935. From its inception, the Mitsubishi Nagasaki shipyards were heavily involved in contracts for the Imperial Japanese Navy. The largest battleship Musashi was completed at Nagasaki in 1942. The company also housed the Mitsubishi Steel and Arms Works, the Akunoura Engine Works, Mitsubishi Arms Plant, Mitsubishi Electric Shipyards, Mitsubishi Steel and Arms Works, and Mitsubishi-Urakami Ordnance Works, which employed 90% of the city's labor force, and accounted for 90% of the city's industry. These connections made Nagasaki a legitimate target for strategic bombing during World War II by the Allied air forces, which later dropped an atomic bomb on the city on August 9, 1945. This attack, following the atomic bombing of Hiroshima three days earlier, dealt a devastating blow to the Japanese leadership, contributing to the surrender of Japan six days later., The Kobe Shipyard of Mitsubishi Goshi Kaisha was established in 1905. The Kobe Shipyard merged with Mitsubishi Heavy Industries in 1934. The Kobe Shipyard constructed the ocean liner Argentina Maru , and the submarines the I-19 and I-25., Following the dissolution of the zaibatsu after the surrender of Japan at the end of World War II, Mitsubishi divided into three companies in January 1950: Mitsubishi Nagasaki became West Japan Heavy Industries, Ltd, the Kobe Shipyard became Central Japan Heavy-Industries, Ltd., and the Yokohama branch became East Japan Heavy-Industries, Ltd. On 28 April 1952 the Occupation of Japan ended, which meant that the ban on using zaibatsu names was lifted. Accordingly, all three companies changed names again on 7 May 1952: West Japan Heavy Industries was renamed Mitsubishi Shipbuilding & Engineering Co., Ltd., Central Japan Heavy Industries, Ltd. was renamed Shin-Mitsubishi Heavy Industries , while East Japan Heavy-Industries became Mitsubishi Nippon Heavy Industries., In 1964, the three independent companies from the 1950 break-up were merged into Shin-Mitsubishi Heavy Industries and became Mitsubishi Heavy Industries, Ltd. The Nagasaki works was renamed the Nagasaki Shipyard & Engine Works. The Kobe works was renamed the Mitsubishi Heavy Industries - Kobe Shipyard & Machinery Works., In 1970, MHI's automobile parts department became an independent company as Mitsubishi Motors., In 1974, its Tokyo headquarters was targeted in a bombing that killed eight people., MHI participated in a ¥540 billion emergency rescue of Mitsubishi Motors in January 2005, in partnership with Mitsubishi Corporation and Mitsubishi Tokyo Financial Group. As part of the rescue, MHI acquired ¥50 billion of Mitsubishi Motors stock, increasing its ownership stake to 15 percent and making the automaker an affiliate again. The emergency rescue was carried out 4 years after a product recall scandal in Japan that was triggered by accusations of Mitsubishi Motors allegedly trying to systematically hide manufacturing defects to avoid recalls, and marketing problems in the US., In October 2009, MHI announced an order for up to 100 regional jets from the United States-based airline Trans States Holdings., MHI entered talks with Hitachi in August 2011 about a potential merger of the two companies, in what would have been the largest merger between two Japanese companies in history. The talks subsequently broke down and were suspended., In November 2012, MHI and Hitachi agreed to merge their thermal power generation businesses into a joint venture to be owned 65% by MHI and 35% by Hitachi. The joint venture began operations in February 2014 and ended in 2020, as Hitachi transferred its shares to MHI., In June 2014 Siemens and MHI announced their formation of joint ventures to bid for Alstom's troubled energy and transportation businesses .
Total Jobs:
29
Average Pay:
$139,000
Total value of jobs:
$9,035,000
% Masters:
29%
Learn More About Mitsubishi Heavy Industries
* Ladders Estimates