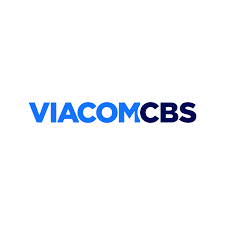 Director at ViacomCBS in Miami, FL

CBS O & O in Miami has an opening for a Sony ELC Director who will direct fast-paced newscasts and public affairs programs; serve as ELC Tech operator for newscasts and other programs; and substitute in other duties as needed.

Applicant should have previous news Sony ELC directing experience; and be skilled in the operation of newsroom computers using INews. Experience with SONY DVS-8000G switcher; Sony digital effects, VIZRT, TRIA clip player and routing switchers. Must be able to work flexible hours including weekends. Must also have the ability to work well under pressure and within deadlines.

ViacomCBS Inc. is an American diversified multinational mass media and entertainment conglomerate corporation formed through the merger of the second incarnation of CBS Corporation and the second incarnation of Viacom on December 4, 2019 and headquartered at the One Astor Plaza complex in Midtown Manhattan, New York City, United States. The company operates over 170 networks and reaches approximately 700 million subscribers in approximately 180 countries, as of 2019.

The company's main properties include the Paramount Pictures film and television studio, the CBS Entertainment Group, domestic networks, and the company's streaming services. ViacomCBS also has a dedicated international division that manages international versions of its networks, as well as region-specific assets like Telefe in Argentina and a 30% stake in the Rainbow S.p.A. studio in Italy.

Do personality tests make it harder to hire the right person?
Sara London
19 examples of STAR interview questions (plus how to answer them using STAR method)
Jennifer Fabiano
Is this the worst job interview question? The internet seems to think so.
CW Headley