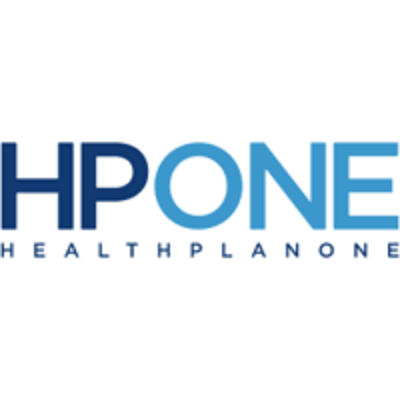 Director, Sales at Health Plan One in Phoenix, AZ

This sales leader will drive HPOne’s strategy around inbound sales and is responsible for building and managing a team of licensed insurance agents and ensuring they are meeting and exceeding corporate sales goals.The location for the position is open to sit in one of call centers in Orlando, Tampa, Phoenix or Gilbert. There is no relo being offered for this role,

About Health Plan One

HealthPlanOne, LLC., now known as HPOne, is a sales and marketing organization that operates across multiple segments of the Medicare and health insurance marketplaces. Using proprietary technology solutions, the company provides outsourced sales, marketing and contact services for national and regional health plans, operates exchanges for individual consumers and employer-based group retirees, and manages lead generation in the Medicare industry. The company operates four contact centers: two in Arizona (Phoenix and Gilbert) and two in Florida (Tampa and St. Petersburg). HPOne was originally founded in 2006 as HealthPlanOne in Southport, Connecticut by Bill Stapleton and entered the brokerage business in 2007. In 2008, the company raised $6.5 million of venture capital to expand its brokerage and enter the Medicare market. The company moved into the internet sales arena as it began marketing exclusive Medicare leads and launched its nationwide Medicare Exchange. In 2010, they added exclusive Individual/Family Plan and Group leads to their lines of business and by 2011, HealthPlanOne became the largest provider of exclusive Medicare leads in the country. In 2012, the company launched its integrated, cloud-based sales technology platform through its Licensed Broker Solutions Center. In that same year, HealthPlanOne expanded its call center services to a facility in Tampa, Florida. It also launched its Mobile Application in 2012. In 2013, the company entered the Member Acquisition business acting as a full service contact and sales center for national and regional health plans. In 2013, the company also became an authorized Web Broker Entity through an agreement with The Centers for Medicare and Medicaid Services (CMS). They launched their Employer Solutions offering targeted at Employer Groups and Brokers and expanded their call center in St. Petersburg, Florida in 2013 as well. In July 2014, the company opened a third call center in Phoenix, Arizona and in December 2014 closed an investment round of growth capital from Peloton Equity, naming Carlos Ferrer and Theodore Lundberg to the Board of Directors. In May 2015, Leslie V. Norwalk, Esq., J.D., former head of The Centers for Medicare and Medicaid Services (CMS) and Richard Fernandes, Director and former president of Affinion Group, also joined its Board of Directors. In 2015, HealthPlanOne began doing business as HPOne, establishing a new corporate name as the company expanded its products and services. Its Connecticut headquarters moved from Shelton, Connecticut to Trumbull, Connecticut. Also in 2015, HPOne launched its Stars Solutions program for Medicare Managed Care Plans. This modular program enables Medicare insurers to tailor Stars initiatives to address unique member and physician opportunities. In that same year, 2015, HPOne launched a next-generation multi-carrier Exchange Solutions for retirees. The ClearChoice Exchange offers a national preferred provider organization group plan from United Healthcare alongside individual Medicare Advantage plans. A turnkey, fully integrated online and telephonic contact center for insurance carriers and brokerages interested in outsourcing their direct sales channel to help lower costs and improve outcomes.
Total Jobs:
7
Average Pay:
$155,714
Total value of jobs:
$1,090,000
% Masters:
31%
Learn More About Health Plan One
* Ladders Estimates

More Jobs at Health Plan One

5 buzzwords that cost the candidate the job, according to recruiters
Una Dabiero
The top tech jobs in 2020 and the skills you must have to secure them
CW Headley
4 pro tips for navigating the job hunt during COVID-19
Create and Cultivate Editors