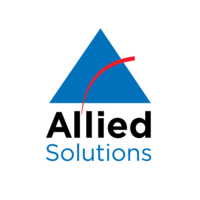 Director of Operational Risk & Controls at Allied Solutions, LLC in Carmel, IN

The Director of Operational Risk & Controls is responsible for supporting a culture of quality & risk management awareness within the organization and for developing and maintaining process control strategies focused on sound business practices and regulatory compliance. This individual leads a team of Operational Risk Advisors who assess risk and controls within Allied’s processes and, through collaboration with other business areas, seek to continuously improve service delivery to Allied’s financial institution clients. The Director of Operational Risk & Controls keeps leadership informed of the overall risk and controls environment within operations.Essential Functions

The above statements are intended to describe the general nature and level of work being performed by people assigned to this job. They are not intended to be an exhaustive list of all responsibilities, skills, efforts or working conditions associated with a job.

We offer our employees a robust compensation package! Our comprehensive benefits include: medical, dental and vision insurance coverage; 100% company-paid life and disability coverage, 401k options with company match, three weeks PTO by the end of the first year and much more. Allied proudly promotes from within as part of a strong commitment to providing career growth opportunities for employees of all levels. Our diverse business portfolio allows employees broad career options with the advantage of staying with the same organization.

All qualified candidate will receive consideration for employment without regard to race, color, religion, sex, sexual orientation, gender identity, national origin, disability status, protected veteran status, or any other characteristic protected by law.

Allied Universal is an American facility services company based in the United States. It also offers security systems, janitorial services and staffing. It is a combination of earlier companies - Barton Protective Services, Spectaguard, Initial and Allied Security. In 2016, Allied Barton merged with Universal Services of America and was named Allied Universal., Allied Security was founded in 1957 in Pittsburgh, Pennsylvania. The company provided contracted security guards and related services., In 2000, Philadelphia, Pennsylvania-based, Spectaguard acquired Allied to form Allied Security and as a result became the fourth largest security company in the United States. Three years later, in 2003, Allied Security acquired Professional Security Bureau. Within a year, in 2004, Allied acquired Security Systems Inc. of Malden, MA and Barton Protective Services to form AlliedBarton Security Services - creating the largest American-owned contract security services company in the United States. Two years later, in 2006, AlliedBarton acquired Initial Security for $73.6 million., In February 2015, claimant Robert Stone, a former employee of Universal Protection Service filed a claim with the American Arbitration Association alleging that Universal Protection Service failed to pay overtime wages for all hours worked as well as minimum wage. Additionally Stone asserted claims against UPS for meal period violations, rest period violations, waiting time penalties, and more. These alleged illegal business practices were in direct violation of California and federal law regarding the payment of wages and other wage and hour issues. Universal Protection denies all allegations and any wrongdoing and maintains that it has paid its non-exempt security professionals in compliance with applicable laws. The company specifically agreed to the $30 million settlement to avoid the cost of proceeding with litigation. The Universal Protection Service Unpaid Overtime Settlement was granted preliminary approval on November 22, 2017., In 2015, Wendel, a Paris-based private-equity firm, acquired AlliedBarton Security Services for US$1.67 billion., In 2016, AlliedBarton and Universal Services of America announced their intention to merge, pending regulatory commission approval. The merger was completed in August 2016, with the combined company being called Allied Universal. In February 2017, the company officially began operations under its new name. After the merger, Allied Universal was considered the largest security company in North America. Allied Universal was included on the Forbes 2014 and 2017 America's Best Employers list., In 2018, the radio program This American Life ran an hour-long feature story about widespread sexual harassment and racism at Allied and the company's lack of response to it. The program includes an interview with Chief Executive Steve Jones, who fields questions about the company's reassignment of supervisors accused in numerous lawsuits and formal complaints about sexual harassment and racist language. In response to the allegations, Allied Universal reaffirmed its commitment to a workplace free from discrimination or harassment of any type by adding training, HR resources and making personnel changes to maintain the trust and confidence of its employees and clients.[citation needed]Independent investigations regarding the allegations are ongoing., On July 16, 2018, Allied Universal announced the purchase of Georgia-based US Security Associates along with its affiliate Staff Pro for $1.5 billion., Allied Universal, paid $90,000 and furnished other relief to settle a religious discrimination lawsuit filed by the U.S. Equal Employment Opportunity Commission , the federal agency announced. According to the EEOC's lawsuit, the security company refused to accommodate the request of a Muslim security guard who sought a modification to the company's grooming standard. The company fired him two days after he made the request, the EEOC said. Such alleged conduct violates Title VII of the Civil Rights Act of 1964, which prohibits religious discrimination and requires employers to make reasonable accommodations to employees' sincerely held religious beliefs so long as this does not pose an undue hardship. The EEOC filed its suit in U.S. District Court for the Southern District of California after first attempting to reach a pre-litigation settlement through its conciliation process. As part of the settlement, in addition to paying $90,000 to the employee, Allied Universal will retain an equal employment monitor; review and revise its religious accommodation policies and practices to comply with Title VII; provide annual EEO training for employees, supervisors, and managers who are involved in the religious accommodation process; post an employee notice; and undertake record keeping and reporting to EEOC., In 2019, Allied Universal began operations in the UK with offices in London, Birmingham, Glasgow, Edinburgh and Belfast., December 2019 Maze Crew threatened and then followed through on their release of Allied Universal information such as SSL Certificates with private keys to the internet as a result of Allied Universal not paying ransom fees. https://www.bankinfosecurity.com/unwanted-escalation-ransomware-attackers-leak-stolen-data-a-13438
Total Jobs:
9
Total Experts:
2
Average Pay:
$122,941
Total value of jobs:
$2,090,000
% Masters:
27%
Learn More About Allied Solutions, LLC
* Ladders Estimates