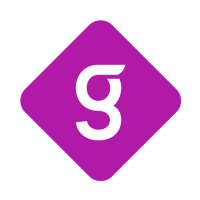 Getaround is an online car sharing or peer-to-peer carsharing service that allows drivers to rent cars from private car owners, and owners to rent out their cars for payment.

As of 2019, the company was reported to have five million users and approximately 20,000 connected cars worldwide.

Getaround was founded in 2009 by Sam Zaid, Jessica Scorpio, and Elliot Kroo. In May 2011, Getaround won the TechCrunch Disrupt New York competition. In 2012, Getaround began serving Portland, Oregon with the aid of a $1.725 million grant from the Federal Highway Administration.

In November 2016, Getaround reached an agreement with City CarShare to take over its fleet, parking spaces and member base.

In August 2018, Getaround raised $300 million in fundings from Softbank.

In January 2020, The Information reported the company plans to lay off approximately 150 staff members or about twenty-five percent of the workforce.

Bloomberg reported in March 2020 that demand had dropped due to the COVID-19 pandemic, and that the company was short on cash and looking for a buyer.
Total Jobs:
9
Total Experts:
1
Average Pay:
$100,000
Total value of jobs:
$100,000
% Masters:
40%
Learn More About Getaround
* Ladders Estimates