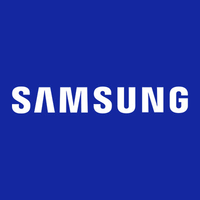 DBA Engineer, IT Systems Infrastructure at Samsung in Austin, TX

SAS is focused on being the World's Best Foundry product supplier.