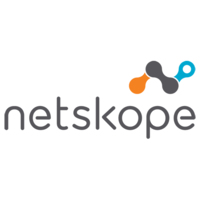 As a Data Engineer at Netskope you'll be involved both in the business and the IT side of our data warehouse we've built. Business Intelligence Analysts will develop analysis and reporting capabilities. The successful candidate will turn data into information, information into insights and insights into business decisions.

Netskope is an American software company providing a computer security platform. The platform offers cloud-native solutions to businesses for data protection and defense against threats in cloud applications, cloud infrastructure, and the web. Netskope has purchased "leader in its field" status for its Cloud Access Security Brokers product from Gartner.

Netskope was founded in 2012 by Sanjay Beri, Lebin Cheng, Ravi Ithal, and Krishna Narayanaswamy with an initial venture capital of approximately $21m. In October 2013, one year after being founded, Netskope launched its first openly available security software. In that same month, it announced the formation of an advisory team and appointed Enrique Salem, former Symantec chairman and CEO to its board of directors. In 2014, Netskope raised $35m in funding. By mid-2015, the company announced plans to expand to the Australia and New Zealand market and in September, Netskope raised a further $75m in a round led by Iconiq Capital.

In 2016, the first two patents were issued to Netskope - Patents 9,270,765 and 9,398,102 for security for network delivered services. In June 2017, Netskope closed the most successful funding round yet, securing $100m in a round led by Lightspeed Venture Partners. The following month, Netskope acquired Sift Security, also a software company with a focus on next-generation cloud infrastructure security. The acquisition brought Sift’s IaaS ‘Cloud Hunter’ into Netskope’s Security Cloud. A year later, in June 2018, Patent 9,928,377 for context-aware data loss prevention was issued to Netskope. 2018 also saw another round of funding for Netskope, as the company raised a further $168.7 in November.
Total Jobs:
320
Total Experts:
1
Average Pay:
$124,230
Total value of jobs:
$3,230,000
% Masters:
30%
Learn More About Netskope
* Ladders Estimates