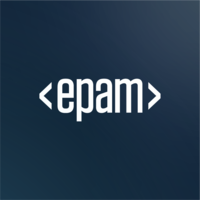 EPAM is committed to providing our global team of 36,700+ EPAMers with inspiring careers from day one. EPAMers lead with passion and honesty and think creatively. Our people are the source of our success and we value collaboration, try to always understand our customers’ business, and strive for the highest standards of excellence. In today’s new market conditions the world remotely, with the vast majority of our teams working from home. No matter where you are located, you’ll join a dedicated, diverse community that will help you discover your fullest potential.

You are curious, persistent, logical and clever. You enjoy living by the code of your craft and developing mind-blowing solutions for complex problems. You are a true techie at heart. If this sounds like you, this could be the perfect opportunity to join EPAM as a Senior Content Strategist. Scroll down to learn more about the position’s responsibilities and requirements.

In 1993, Arkadiy Dobkin and Leo Lozner founded EPAM, a global software engineering services company, in New Jersey, USA and Minsk, Belarus., In 2002, EPAM was ranked publicly for the first time as a fast-growing company by Deloitte & Touche., EPAM became the first company to represent Belarus on the New York Stock Exchange when it went public in 2012 ., In 2004, EPAM acquired Fathom Technology, a software development services company based in Budapest, Hungary, expanding its offshore services beyond North America. A couple years later, EPAM secured an equity investment from Siguler Guff to fund its competitive growth plans., In 2006, EPAM acquired VDI, a software development services company with delivery centers in Russia, which expanded the company’s presence in the CIS region. That year, EPAM CEO Arkadiy Dobkin was named one of the Top 25 Most Influential Consultants of the Year by Consulting Magazine., In late 2012, EPAM made two acquisitions – Thoughtcorp, which expanded its service offerings in Agile, business intelligence and mobile, and Empathy Lab, which established a digital engagement practice focusing on customer experience, design and eCommerce., EPAM made two acquisitions in 2018 to expand its service offerings: Continuum Innovation and TH_NK to add consulting capabilities and develop its digital and service design practices. Also that year, EPAM launched InfoNgen®, a text analytics and sentiment analysis enterprise software product that uses artificial intelligence., The company also productized TelescopeAI®, an artificial intelligence-based platform for IT operations and workforce management, which won a 2019 Big Innovation Award presented by the Business Intelligence Group. EPAM announced a partnership with Positive, a cybersecurity consulting and research firm, in 2018 to launch Cyber R&D Lab., In 2019, EPAM joined the Blockchain in Transport Alliance . That year, the company launched EPAM Continuum, its service for business, experience and technology consulting., The company also launched EPAM SolutionsHub, a catalogue of its software products, accelerators and open source platforms. As part of its SolutionsHub launch, EPAM also released the Open Source Contributor Index , a tool that ranks the top open source contributors by commercial organization.
Total Jobs:
137
Total Experts:
3
Average Pay:
$136,039
Total value of jobs:
$27,480,000
% Masters:
53%

Never say “I am confident…” on a cover letter. Here’s why
Kaitlyn McInnis
All the ways COVID-19 has actually helped hiring
Kyle Schnitzer
4 future-proof jobs that are hiring now
Meredith Schneider