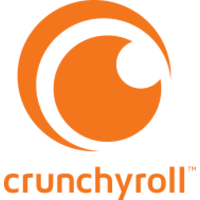 Crunchyroll, Inc. is an American distributor, publisher, production and licensing company focused on streaming anime, manga, and dorama. Founded in 2006 by a group of University of California, Berkeley graduates, Crunchyroll's distribution channel and partnership program delivers content to 100 million registered users worldwide. Crunchyroll is a subsidiary of Otter Media, which is a subsidiary of AT&T's WarnerMedia. Sony announced in December 2020 that its subsidiary Funimation will acquire Crunchyroll from AT&T for approximately US$1.175 billion. Crunchyroll has offices in San Francisco, Los Angeles, Tokyo, Lausanne, Paris, Berlin, and Chi?in?u, and is a member of The Association of Japanese Animations. "Crunchyroll Hime", also known as "Hime", is the official mascot of Crunchyroll.