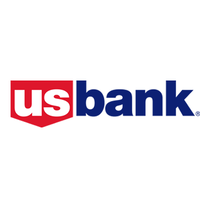 At U.S. Bank, we're passionate about helping customers and the communities where we live and work. The fifth-largest bank in the United States, we're one of the country's most respected, innovative and successful financial institutions. U.S. Bank is an equal opportunity employer committed to creating a diverse workforce. We consider all qualified applicants without regard to race, religion, color, sex, national origin, age, sexual orientation, gender identity, disability or veteran status, among other factors.

The Commercial Banking Relationship Manager manages and grows a large and complex portfolio of middle market businesses in the Sacramento region having revenues ranging from $25 million to $1 billion. Prospects for new business while retaining and expanding existing customer relationships. Works closely with portfolio management team to manage loan and portfolio credit quality. Provides financial advice to customers and recommends appropriate bank products and services to those prospects and clients and makes appropriate referrals. Hybrid work schedule allowing flexibility to work from home and office.

Benefits:
Take care of yourself and your family with U.S. Bank employee benefits. We know that healthy employees are happy employees, and we believe that work/life balance should be easy to achieve. That's why we share the cost of benefits and offer a variety of programs, resources and support you need to bring your full self to work and stay present and committed to the people who matter most - your family.

Learn all about U.S. Bank employee benefits, including tuition reimbursement, retirement plans and more, by visitingusbank.com/careers.

EEO is the Law
Applicants can learn more about the company's status as an equal opportunity employer by viewing the federal EEO is the Law poster.

U.S. Bank participates in the U.S. Department of Homeland Security E-Verify program in all facilities located in the United States and certain U.S. territories. The E-Verify program is an Internet-based employment eligibility verification system operated by the U.S. Citizenship and Immigration Services. Learn more about theE-Verify program.
See More

U.S. Bancorp is an American bank holding company based in Minneapolis, Minnesota, and incorporated in Delaware. It is the parent company of U.S. Bank National Association, and is the fifth largest banking institution in the United States. The company provides banking, investment, mortgage, trust, and payment services products to individuals, businesses, governmental entities, and other financial institutions. It has 3,106 branches and 4,842 automated teller machines, primarily in the Western and Midwestern United States. It is ranked 117th on the Fortune 500, and it is considered a systemically important bank by the Financial Stability Board. The company also owns Elavon, a processor of credit card transactions for merchants and Elan Financial Services, a credit card issuer that issue credit card products to U.S. Bank and other financial institutions.

U.S. Bancorp operates under the second-oldest continuous national charter, originally Charter #24, granted in 1863 following the passage of the National Bank Act. Earlier charters have expired as banks were closed or acquired, raising U.S. Bank's charter number from #24 to #2. The oldest national charter, originally granted to the First National Bank of Philadelphia, is held by Wells Fargo, which was obtained upon its merger with Wachovia.

19 examples of STAR interview questions (plus how to answer them using STAR method)
Jennifer Fabiano
Is this the worst job interview question? The internet seems to think so.
CW Headley
These are the 15 highest-paying psychology jobs
Hailey Hudson