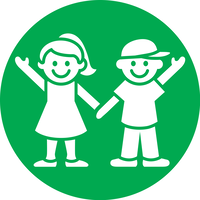 Citrix Administrator at Childrens Healthcare of Atlanta in Atlanta, GA

About Childrens Healthcare of Atlanta

Children's Healthcare of Atlanta sometimes simply referred to as Children's, is a not-for-profit children's healthcare system, located in the Atlanta area dedicated to caring for infants, children, teens, and young adults aged 0–21 throughout Georgia. CHOA formed in 1998 when Egleston Children's Health Care System and Scottish Rite Medical Center came together becoming one of the largest pediatric systems in the United States. In 2006 CHOA assumed responsibility for the management of services at Hughes Spalding Children's Hospital growing the system to three hospitals.

Today the growing pediatric healthcare system consist of the following:

Egleston Children's Health Care System, which included the Henrietta Egleston Hospital for Children and Scottish Rite Medical Center were among the hospitals that had struggled to continue providing care for sick and injured children and their families. Both hospitals were faced with the possibility of closure; Atlanta leaders urged Egleston and Scottish Rite to unite to preserve pediatric healthcare for the region.

Project Manager - Office of the CFO