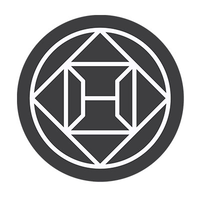 Chief of Staff at Havenly in Denver, CO

In this role, you’ll serve as a key resource, right hand, and force multiplier to our CEO. As part of the broader Strategy & Analytics team, you’ll support special projects, opportunity analysis, partnerships, relationship management, and communications with internal and external stakeholders. You will have the opportunity to lead the development of results-oriented and action-driven recommendations to key business questions that support long-term growth and strategic decisions. Our ideal candidate has a background working in venture capital, management consulting, or with fast-growing startups, is not afraid to roll up their sleeves and participate in initiatives across the organization, and is excited and motivated by contributing to the success of a growing business.

In this role, you’ll work directly with Havenly’s CEO to:

With the above stated, Havenly is committed to cultivating a diverse and inclusive team. We are open to candidates of all backgrounds and encourage you to apply if interested!

Heavenly Mountain Resort is a ski resort located on the California–Nevada border in South Lake Tahoe in the Sierra Nevada Mountain Range. It opened for business on December 15, 1955 and has 97 runs and 30 lifts that are spread between California and Nevada and four base facilities. The resort has 4,800 acres within its permit area, with approximately 33% currently developed for skiing, boasting the highest elevation of the Lake Tahoe area resorts with a peak elevation of 10,067 ft, and a peak lift-service elevation of 10,040 ft. Since 2002, Heavenly has been owned by Vail Resorts, which also operates Northstar California and Kirkwood Mountain Resort at Lake Tahoe and seven other ski resorts in Colorado, British Columbia, Idaho, Vermont, New Hampshire, Washington, Utah, Minnesota, Michigan, and Wisconsin, Afton Alps, Mt. Brighton, and Wilmot Mountain, Whistler Blackcomb). With an average of 360 in of snow annually, and one of America's largest snowmaking systems, their ski season usually runs from mid November to mid April. Heavenly is notable as the resort where Congressman and singer Sonny Bono died after hitting a tree on January 5, 1998. The lifts built by Doppelmayr are the Big Easy, Canyon Express, Comet Express, Dipper Express, Galaxy, Gondola, Gunbarrel Express, Mott Canyon, Powderbowl Express, Sky Express, Stagecoach Express, and Tamarack Express. The lifts built by Yan are Boulder, First Ride, Groove, Patsy's, and The Ridge. SLI built Olympic, and World Cup. The oldest lift is World Cup, having been built in 1969. Mott Canyon also closes at 3:00 during the day thus its trails are closed too. Mostly high-speed detachable quads serve the resort. The longest lift is the Gondola by a significant amount. Two six-packs serve skiers; the Tamarack and Powderbowl Express chairs. Most of the lifts close at 4:00 PM with the exception of the Mott Canyon lift, which closes at 3:00, the Yan and SLI double lifts have a very similar appearance in chairs to lines, to terminals, only the bull wheels are different.
Total Jobs:
9
Average Pay:
$139,545
Total value of jobs:
$1,535,000
% Masters:
50%
Learn More About Havenly
* Ladders Estimates