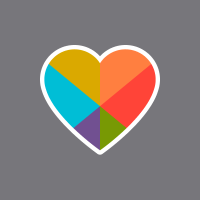 About the company and our team

We're HQ'd out of the 1 University Avenue WeWork, next to Union Station, with unlimited lattes, great events and close ties to other top tech and non-tech growth companies, like Scribd, Pinterest and others.

We're almost three years old, quickly scaling, 100% bootstrapped and cashflow positive, which means we make our own product decisions that are guided by our vision and our vision alone.

We formally released a no-code development platform Q3 of 2019, called Buildable, that has done close to 7 figures in top-line revenue since launch, generated entirely organically. It let's new ventures and enterprises build and deploy web and mobile applications faster and more cost-efficiently. We've learned firsthand the most valuable products seem to move themselves.

We're constructing a raise for later this year, including some of the most impressive people in their fields, that'll be used as strictly growth capital to accelerate expansi