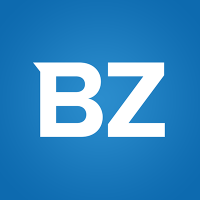 An engineer at Benzinga is someone who thinks deeply about systems and how they behave in the wild. Whether it be networking, or the Linux kernel, point-free programming, or even a specific interest in scaling, algorithms, or distributed systems. You are a systems engineer who aims to code themselves out of a job by automating all the things, learning to leverage great development practices like Test-Driven-Development or continuous integration (to start with). You love solving challenging problems and you love your code being ripped to shreds during code reviews.

Like all engineers at Benzinga, we expect you to have a strong hand in the development of our applications and services as well as involvement in designing the architecture those applications live on. Your true effect at Benzinga is the creation of amazing products that our users come to know and love.

You are the right person for this position if you are someone who:

• Has a strong ability to write idiomatic Go (Golang).

• Has a strong ability in creating and maintaining a modern, container-centric architecture:

∘ Has managed a large Kubernetes cluster (bonus points for experience with Istio) with many interacting services to fuel multiple firehose APIs.

∘ Has spent considerable time with Docker or rkt.

• Understands RESTful frameworks and where their place is in API development.

∘ Is familiar with emerging strategies like GraphQL, but hesitant to overcomplicate an API just for the sake of a cool/new technology when the old/established one works just fine.

• Has knowledge of modern billing APIs like Stripe, Recurly, and Authorize.net.

• Has a strong interest in functional programming and concurrency models.

∘ If concepts like ownership, immutability, transducers, currying, or lambdas are familiar to you you should probably just stop reading now and apply.. Just sayin.

• Can manage CI/CD pipelines coordinating builds with the GitLab CI and Helm.

• Understands the importance of SLI (Service Level Indicators) in running a successful API business that consumers can depend on.

• Can handle a business where speed is everything (after all, we're talking about stock market data here!).

∘ Has worked with or is tangentially aware of what Elasticsearch, Memcached, or Redis (we use the pub/sub abilities of Redis quite extensively).

• Cares about security of our users data and privacy, and is proactive in identifying and reducing security risks before they are realized on production.

∘ Has familiarity with Kubernetes Secrets and ConfigMaps, and Hashicorp Vault.

∘ Understands the value of gvisor.

• Understands the value of "infrastructure as code".

∘ Has familiarity with Terraform, Vagrant, Packer, and perhaps cloud provider tooling like Cloud Formation on AWS or Cloud Deployment Manager on GCP.

• Loves Postgres (PostgreSQL) but also is dangerous with MySQL.

• Has familiarity with Mongo (MongoDB) or CouchDB (or PouchDB), but understands the value of column-oriented databases like BigTable (Hbase) and Cassandra.

∘ Any experience with CockroachDB,

• Is up to speed with message queuing concepts and has worked with a service like RabbitMQ, ZMQ (ZeroMQ), SQS, Cloud Pub/Sub, or Kafka.

∘ Is aware of AMPQ and how TCP works in general.

• Perhaps has experience with the Hadoop ecosystem including any of Spark, Scoop, Zookeeper, HDFS, Yarn, Mapreduce, Drill, Hive, Hbase, or Pig.