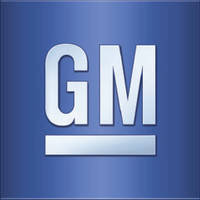 General Motors has adopted the AUTOSAR standard for implementing basic software functionality in the Vehicle Intelligence Platform. The rollout of this new electrical architecture marks an exciting time for both the challenges it brings as well as the promise it holds. We are looking for knowledgeable software engineers to help develop the requirements for this platform as well as help deploy it in the many controllers used across the Architecture.

OnStar Corporation is a subsidiary of General Motors that provides subscription-based communications, in-vehicle security, emergency services, hands-free calling, turn-by-turn navigation, and remote diagnostics systems throughout the United States, Canada, China, Mexico, Europe, Brazil, and Argentina. ,A similar service is known as "Vauxhall/Opel OnStar" in western Europe and "ChevyStar" in Latin American markets. In September 2011 the president of OnStar stated that the service had more than six million customers. On May 9, 2018, Vauxhall Motors announced that Vauxhall OnStar, alongside Opel OnStar services, would cease to operate after December 31, 2020, following Groupe PSA's purchase of Vauxhall Motors and Opel from General Motors. ,A new aftermarket interior rear-view mirror with a built-in OnStar module, branded as OnStar FMV, became publicly available on July 24, 2011. It provides some of the features an OEM system has, such as Automatic Crash Response, Stolen Vehicle Tracking, Turn-by-Turn Navigation, and Roadside Assistance. ,Ford had "a similar system" named RESCU and it was introduced with Ford's 1996 Lincoln Continental. Ford's service is now SYNC.
Total Jobs:
152
Total Experts:
116
Average Pay:
$116,469
Total value of jobs:
$42,395,000
% Masters:
51%