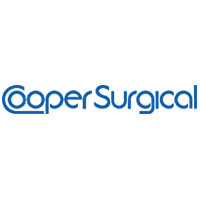 Reporting to the Senior Director of R&D the Assay Development Scientist (ADS) will play a key role in the development of analytical methods and the subsequent technology transfer from assay development to internal and external teams. The successful candidate will lead efforts to develop, qualify and perform biochemical and molecular assays to drive our development pipeline. The ADS will work closely with other R&D team members and outside parties where necessary to develop analytical protocols and test methods. The ADS will serve as a subject matter expert on analytical methods both in development and post-implementation. Specialized knowledge and expertise in clinical assay development is preferred.

The Cooper Companies, Inc. is a US based, multinational company in the medical specialities sector. With its headquarters in Pleasanton, California, it has over 8,000 employees and consists of two subsidiaries, CooperVision (CVI) that provides contact lenses for both wearers and practitioners, and CooperSurgical (CSI) that provides products for health care professionals and establishments that are involved in women’s health care. Contact lens sales, in particular, soft toric lenses which correct astigmatism, make up for 80% of Cooper Company sales. Cooper Companies, which is publicly traded on the NYSE Euronext (NYSE:COO) recently announced a revenue increase of 9% to $412.0 million for the fiscal third quarter ended July 31, 2013. Cooper Companies has manufacturing facilities in the UK, Puerto Rico and New York and distributes from Rochester, NY, Fareham, UK and Liege, Belgium, among many other smaller distribution locations. Originally founded in 1958 by predecessor, Martin H. Smith Co, and then incorporated as Cooper Tinsley Laboratories, Inc. in 1961, the company changed its name to Cooper Laboratories Inc. in 1967. In 1979 Cooper Laboratories introduced their first soft contact lens in the United States. During a re-structuring in the 1980s, Cooper Laboratories was re-organised into three groups, CooperVision, CooperCare and CooperBiomedical, with a further group, Cooper Medical Devices Corp, added a year later. In 1987 the company adopted the name of Cooper Companies, with CooperVision existing as a subsidiary. By the 1990s, through various acquisitions and expansions, the company had expanded into other areas of healthcare, including, among others, medical devices and ophthalmic pharmaceuticals. The President and Chief Executive Officer & Director is Robert S. Weiss'.
Total Jobs:
12
Total Experts:
3
Average Pay:
$98,571
Total value of jobs:
$1,380,000
% Masters:
25%
Learn More About CooperSurgical
* Ladders Estimates