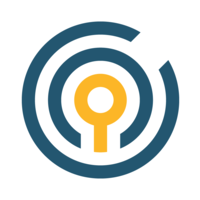 Civis Analytics is a US data science software and consultancy company founded by Dan Wagner in 2013, with backing by Eric Schmidt.

Wagner had served as the Chief Analytics Officer for Barack Obama's 2012 re-election campaign.

Civis Analytics helps businesses "understand their data, use that data to make predictions, and get recommendations on what steps to take next". Civis works with Fortune 500 companies and the country's largest organizations, including Verizon, Airbnb, Discovery, FEMA, Boeing and the American Red Cross.

In 2020, the company faced controversy for firing employee David Shor after he tweeted a short summary of an academic paper by African American Princeton professor Omar Wasow. The paper presented evidence that some violent protest tactics in the 1960s civil rights movement may have been counterproductive, and some Twitter users accused Shor of racism for highlighting this result. After the firing, Civis Analytics initially released a statement claiming that had not fired any employees for tweeting academic papers, but later retracted that statement and replaced it with a new statement that omitted that claim. In 2021, Wasow was quoted as having concluded from his conversations with Civis Analytics and Shor that "at the heart of it was how [Shor] was treated on Twitter by people who essentially shot the messenger", and dismissing accusation of racism or other improper behavior against Shor as "baseless".
Total Jobs:
8
Total Experts:
1
Average Pay:
$95,000
Total value of jobs:
$190,000
% Masters:
44%
Learn More About Civis Analytics
* Ladders Estimates