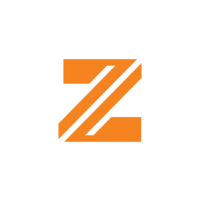 We are looking for a great JavaScript developer who is proficient with React.js. Your primary focus will be on developing user interface components and implementing them following well-known React.js workflows (such as Flux or Redux). You will ensure that these components and the overall application are robust and easy to maintain. You will coordinate with the rest of the team working on different layers of the infrastructure. Therefore, a commitment to collaborative problem solving, sophisticated design, and quality product is important.

AboveNet was a provider of high bandwidth telecommunication circuits primarily for large corporate enterprises and communications carriers in 17 markets in the United States and 4 markets in Europe. Its private optical network delivered key network and IP services and was used in financial and legal services, media, health care, retail, and government. ,The company was formerly named Metromedia Fiber Network and changed its name to AboveNet in 2003 after emerging from bankruptcy. ,Before its bankruptcy in 2002, the company was financially backed by John Kluge and Verizon. ,In 2012, the company was acquired by Zayo Group for $2.2 billion in cash. ,The company was founded in 1993 as National Fiber Network. It initially focused on providing dark fiber to communications carrier customers in the U.S. and Europe. ,In 1997, the company changed its name to Metromedia Fiber Network. ,In 1999, Metromedia acquired Abovenet Communications, including its subsidiary PAIX, an operator of Internet peering exchanges. Abovenet Communications had become a public company via an initial public offering in December 1998 and soared 32% in one day in March 1999 during the dot-com bubble after announcing a stock split. ,In 2000, the company acquired M.I.B.H., a networking consultancy operated by Paul Vixie, for $51 million in cash and stock. ,Also in 2000, Verizon invested $970 million in convertible bonds and $715.4 million in common stock of the company. ,In 2001, the company acquired SiteSmith, a provider of managed web-hosting services, for $1.36 billion in stock. ,In May 2002, the company filed bankruptcy. ,In September 2003, the company emerged from bankruptcy and changed its name to Abovenet, with Craig McCaw, Franklin Mutual Advisers, and John Kluge among its largest shareholders. ,In October 2006, Digital Realty acquired the east coast data centers of the company for $40 million. ,In 2007, the company acquired fiber from AT&T and Verizon that the companies were selling to comply with antitrust law. ,On July 2, 2012, Zayo Group acquired the company for $2.2 billion in cash.
Total Jobs:
18
Total Experts:
13
Average Pay:
$116,489
Total value of jobs:
$5,475,000
% Masters:
24%