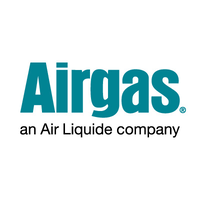 Account Manager - Outside Sales at Airgas Incorporated in Tacoma, WA

Our Account Managers sell welding products as well as industrial and specialty gases. They will advise customers on tools, hardware and materials needed and procedures to follow. Sells abrasive products such as wheels, disks, and belts, sells safety apparel and equipment such as goggles, helmets, hearing protection devices, welding jackets, etc. and calls on prospective and existing customers to drive sales. Our ideal Account Manager will thrive in a positive work environment that they not just enjoy, but contribute to; we share in successes and overcome challenges together.

Airgas, an Air Liquide company, is an American supplier of industrial, medical and specialty gases, as well as hardgoods and related products; one of the largest U.S. suppliers of safety products; and a leading U.S. supplier of ammonia products and process chemicals. Headquartered in Radnor Township, Pennsylvania,. Airgas, an Air Liquide company, is a supplier of gases, welding equipment and supplies, and safety products. With more than one million customers, Airgas sells the following: The company has 18,000 employees in the following industries: Its integrated network of about 1,100 locations includes branches, cylinder fill plants, production facilities, specialty gas laboratories, and regional distribution centers. Airgas markets through multiple channels, including its own branches and outside sales force, a Strategic Accounts Team focused on large customers, distributors and resellers, telesales, catalog and e-Business channels. Airgas was founded by Chairman and Chief Executive Officer Peter McCausland in 1982, and became a publicly traded company in 1986. Through more than 500 acquisitions and internal growth, Airgas built the largest national distribution network in the packaged gas industry. On September 8, 2009, Airgas replaced Cooper Industries in the S&P500 index. In October 2009, John McGlade, the President and Chief Executive Officer of Air Products, a competing concern, privately asked McCausland whether he'd be interested in merging the two companies. McCausland rejected the idea. In February 2010, Air Products initiated a public tender offer for Airgas. The offer was extended, and the price increased, throughout the subsequent year. Air Products abandoned the effort on February 15, 2011, after a decision by the Delaware Chancery Court that upheld Airgas's extensive use of a "poison pill" defense.
Total Jobs:
80
Total Experts:
15
Average Pay:
$111,698
Total value of jobs:
$17,425,000
% Masters:
21%
Learn More About Airgas Incorporated
* Ladders Estimates

Wolseley Canada Inc.•Ottawa, ON K1A 0A5