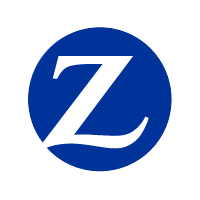 What are the highest paying jobs at Zurich Insurance?

Zurich Insurance Group Ltd. is a Swiss insurance company, commonly known as Zurich, headquartered in Zürich, Switzerland. The company is Switzerland's largest insurer. As of 2020, the group is the world's 117th largest public company according to Forbes' Global 2000s list, and in 2011 it ranked 94th in Interbrand's top 100 brands.

Zurich is a global insurance company which is organized into three core business segments: General Insurance, Global Life and Farmers. Zurich employs 55,000 people serving customers in 215 countries and territories around the globe. The company is listed on the SIX Swiss Exchange. As of 2012 it had shareholders' equity of $34.494 billion.

The company has been fined several times for anti-competitive behaviour.

Zurich Insurance Job Search in US and Canada

America falls way short, adds fewer jobs than expected in April
Kyle Schnitzer
Everything you need to know about becoming a dermatologist
Ashley Jones
These US cities will pay up to $20,000 for you to relocate—but there’s always a catch
Benjamin Lorber
Ladders / Company / Zurich Insurance