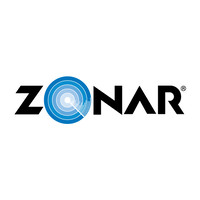 What are the highest paying jobs at Zonar Systems?

Continental AG, commonly known as Continental or colloquially as Conti, is a German multinational automotive parts manufacturing company specializing in brake systems, interior electronics, automotive safety, powertrain and chassis components, tachographs, tires and other parts for the automotive and transportation industries. It is headquartered in Hanover, Lower Saxony. Continental is the world's fourth-largest tire manufacturer.

Continental was founded in 1871 as a rubber manufacturer, Continental-Caoutchouc und Gutta-Percha Compagnie. In 1898, Continental started development and production of the vehicle tires with plain tread, which was the major success of the brand. In 1904, Continental became the first company in the world to manufacture grooved vehicle tires. Another major product Continental invented was detachable wheel tire that was made for touring vehicles. In the late 1920s, Continental merged with several other major rubber industry companies to form the largest rubber company in Germany "Continental Gummi-Werke AG". As with many other German companies during World War II, Continental used slave labor provided by the Nazi Party in their factories in the 1940s at Hannover-Stöcken, Hannover-Limmer, Hannover-Ahlem, and others, all offshoots of the Neuengamme concentration camp.

After acquiring Siemens AG's VDO automotive unit in 2007 Continental was ranked third in global OEM automotive parts sales in 2012 according to a study sponsored by PricewaterhouseCoopers.

Zonar Systems Job Search in US and Canada

Get paid to dream at work: This company will pay you to nap
Sara London
The average salary of a Chipotle general manager is $100K — and they’re hiring
Kyle Schnitzer
Amazon is now hiring 75K workers — and offering some $1K bonuses
Kyle Schnitzer
Ladders / Company / Zonar Systems