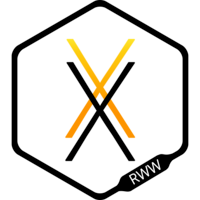 What are the highest paying jobs at Xperiel?

Xperi Holding Corporation is a San Jose-based firm that licenses technology and intellectual property in areas such as mobile computing, communications, memory and data storage, and three-dimensional integrated circuit technologies, among others. Markets include semiconductor packaging and interconnect solutions, mobile, computational imaging, audio and automotive. Tessera, a subsidiary of Xperi, has licensed its chip packaging technology to numerous semiconductor manufacturers, including Intel and Samsung Electronics.

As the company has evolved, it expanded business through the formation of Invensas, an innovator in next-generation semiconductor and packaging technologies. The company continues to grow and expand through numerous acquisitions: FotoNation, which specializes in image and video enhancement and analysis; Ziptronix, which specializes in three-dimensional integrated circuit technologies; DTS, Inc., an audio technologies company; and assets acquisition from Pelican Imaging.

On December 19, 2019, Xperi and TiVo Corporation announced their intent to merge. The surviving entity operates under the Xperi Holding Corporation name, and became the largest licensing company in the world. The merger was completed on June 1, 2020. Xperi Corporation was reconfigured as a subsidiary of the combined company.

Tessera was founded in 1990 by former IBM research scientists.

Some company milestones are listed below:

In February 2017, it changed its name from Tessera Holding Corporation to Xperi Corporation.

Xperiel Job Search in US and Canada

Top Jobs at Xperiel by City

America falls way short, adds fewer jobs than expected in April
Kyle Schnitzer
Everything you need to know about becoming a dermatologist
Ashley Jones
These US cities will pay up to $20,000 for you to relocate—but there’s always a catch
Benjamin Lorber
Ladders / Company / Xperiel