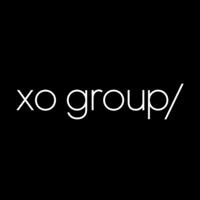 What are the highest paying jobs at XO Group?

XO Group was an American media and technology company that provided content, tools, products and services for couples who were planning weddings, creating a home, and starting a family. The company generated revenue through online advertising, merchandising, registry services, and publishing. In 2019, the company merged with WeddingWire to become The Knot Worldwide under ownership of WeddingWire's investors. Its divisions remained intact, but the XO Group name has been retired.

,David Liu, his wife Carley Roney and their business partners, Rob Fassino, and Michael Wolfson founded The Knot Inc. in 1996. They found that the internet could facilitate and reduce anxiety in the process of wedding planning between couples. The startup received seed financing from AOL, the partners launched The Knot brand as a portal on AOL. In 1997, TheKnot.com launched on the internet.

,The company launched an online gift registry in partnership with QVC and published its first book, The Knot Complete Guide to Weddings in the Real World. In December 1999, the company raised $35 million in an initial public offering.

,On December 2, 2000, the company launched its own bridal magazine and went public. The Knot Weddings Magazine is published four times a year and is sold on newsstands.

,In 2004, the company launched a television series, Real Weddings from The Knot, on the Oxygen Network.

XO Group Job Search in US and Canada

Everything you need to know about becoming a dermatologist
Ashley Jones
These US cities will pay up to $20,000 for you to relocate—but there’s always a catch
Benjamin Lorber
A guide to using social media to your advantage when job hunting
Sarah Dillon
Ladders / Company / XO Group