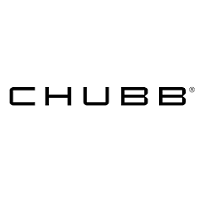 What are the highest paying jobs at Chubb?

In 2018, the group had $174 billion in assets, $30.8 billion of gross written premiums and approximately 31,000 employees. Chubb trades on the NYSE and is a component of the S&P 500 index. Its core operating insurance companies are rated "AA" for financial strength by Standard & Poor's and "A++" by A. M. Best with stable outlooks from both agencies. Fitch rates Chubb Limited and its subsidiaries "AA" for financial strength, "AA-" for issuer default and "A+" for senior debt. Moody's rates the U.S. companies "A1" and the unsecured loan notes "A3".

On July 1, 2015, ACE announced that it would acquire Chubb Corporation for $28.3 billion in cash and stock. ACE has committed that Chubb's current headquarters in Warren, New Jersey, USA, will have a substantial portion of the headquarters function for the combined company's North American Division. The combined company adopted the Chubb name in January 2016 after the acquisition was completed.

Chubb Job Search in US and Canada

Top Jobs at Chubb by City