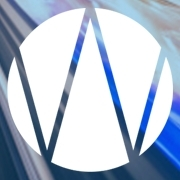 What are the highest paying jobs at Wunderman?

Wunderman was a New York City-based global digital agency. It was part of Young & Rubicam Brands and a member of international advertising group WPP Group.

On November 26, 2018, WPP announced it was merging Wunderman with the world's oldest ad agency J. Walter Thompson to form Wunderman Thompson, and the merger was formalized in February 2019.

In 1973, Wunderman, Ricotta & Kline was acquired by Young & Rubicam, at the time the world's largest ad agency.

In the late 1980s, the group became Wunderman Worldwide.

In 2000, the firm became part of WPP's $5.7B acquisition of parent Young and Rubicam.

In January 2017, Wunderman purchased a majority stake in Brazilian agency Pmweb Comunicacao Ltda. In June, the company acquired Spanish digital agency The Cocktail. In July, Wunderman and fellow WPP agency POSSIBLE were merged to form a digital marketing and advertising unit. The POSSIBLE brand was to remain separate, but would answer into Wunderman. In September, Wunderman took a controlling stake in Pierry, a US-based company that specialized in marketing campaigns for Salesforce Marketing Cloud.

Wunderman Job Search in US and Canada

Top Jobs at Wunderman by City

Get paid to dream at work: This company will pay you to nap
Sara London
The average salary of a Chipotle general manager is $100K — and they’re hiring
Kyle Schnitzer
Amazon is now hiring 75K workers — and offering some $1K bonuses
Kyle Schnitzer
Ladders / Company / Wunderman