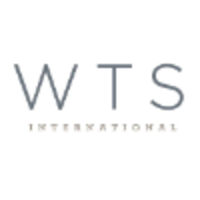 What are the highest paying jobs at WTS International, Inc.?

WTS Group is an international consulting group with tax, legal and consulting business units. The company was formed in 2000 by former employees from the central tax department of Siemens. Shortly afterwards a large part of the tax department at Mannesmann also joined.

In order to avoid any conflict of interest, WTS refrains from conducting annual audits. In 2017 WTS Group was, based on sales figures, No. 7 of the largest tax advisory firms in Germany

In 2018 Franz Prinz zu Hohenlohe the former head of the international tax service line at KPMG Germany joined the board of WTS AG.

WTS International, Inc. Job Search in US and Canada

Do personality tests make it harder to hire the right person?
Sara London
19 examples of STAR interview questions (plus how to answer them using STAR method)
Jennifer Fabiano
Is this the worst job interview question? The internet seems to think so.
CW Headley
Ladders / Company / WTS International, Inc.