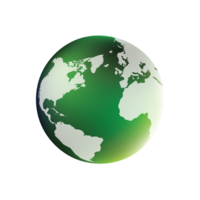 What are the highest paying jobs at Worldwide Supply?

United Parcel Service is an American multinational shipping & receiving and supply chain management company founded in 1907. Originally known as the American Messenger Company specializing in telegraphs, UPS has grown to become a Fortune 500 company and one of the world's largest shipping couriers. UPS today is primarily known for its ground shipping services as well as the UPS Store, a retail chain which both assists UPS shipments as well as provides tools for small businesses. In addition, UPS offers air shipping on an overnight or 2-day basis and delivers to PO Boxes through UPS SurePost, a subsidiary that passes on packages to the United States Postal Service for last mile delivery.

UPS is the largest courier company in the world by revenue, with annual revenues around $85 Billion USD in 2020, ahead of competitors DHL and FedEx. UPS' main international hub, UPS Worldport in Louisville, Kentucky, is the fifth busiest airport in the world by cargo traffic based on preliminary statistics from ACI, and the third busiest in the United States behind FedEx's Memphis Superhub and Ted Stevens Anchorage International Airport.
Total value of jobs:
$660,000
Total Jobs:
1
Average Pay:
$132,000
% Masters:
44%

Worldwide Supply Job Search in US and Canada

19 examples of STAR interview questions (plus how to answer them using STAR method)
Jennifer Fabiano
Is this the worst job interview question? The internet seems to think so.
CW Headley
These are the 15 highest-paying psychology jobs
Hailey Hudson
Ladders / Company / Worldwide Supply