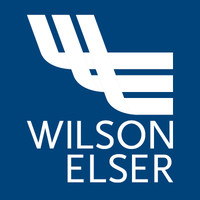 What are the highest paying jobs at Wilson, Elser, Moskowitz, Edelman & Dicker?

Wilson Elser is a full-service law firm with over 800 attorneys in 30 offices throughout the United States. Wilson Elser ranks among the top 100 law firms identified by The American Lawyer and is listed in the “Top 50” by The National Law Journal. With an office in London and a network of affiliate firms in France, Germany and Mexico, Wilson Elser provides legal advice and representation on a worldwide basis. The predecessor firm to what is known today as Wilson Elser started back in 1944 when Max Edelman hired Sol Kroll into his [then] small practice. What followed over the decades was Kroll and Edelman building what became a pioneer for multi-state, later international, law-firms, and as it grew, became to be known as Kroll, Edelman, Elser, & Wilson by the 1970s. After Kroll departed, Wilson Elser was established in 1978 by attorneys Thomas Wilson, Sr., John Elser and Max Edelman. While the firms heritage is in the area of insurance defense, it has increasingly expanded into the corporate and transactional realms and now represents clients in a wide range of legal services.