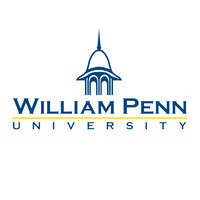 What are the highest paying jobs at William Penn University?

The university's athletic teams compete in the National Association of Intercollegiate Athletics. The university is a member of the Heart of America Athletic Conference. Before 2000, the school was a part of the NCAA Division III.
Total Experts:
1
% Masters:
53%

...with William Penn University and 1000s of other companies paying $100K+