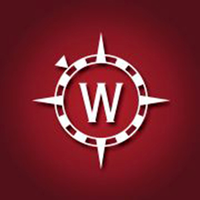 What are the highest paying jobs at Willamette University?

Originally named the Oregon Institute, the school was an unaffiliated outgrowth of the Methodist Mission. The name was changed to Wallamet University in 1852, followed by the current spelling in 1870. Willamette founded the first medical school and law school in the Pacific Northwest in the second half of the 19th century. In the 20th century, it began competing in intercollegiate athletics.

Willamette's undergraduate programs exist within the school's College of Arts & Sciences. The oldest of the graduate programs is the College of Law, founded in 1883 and currently located in the Truman Wesley Collins Legal Center. Established in 1974, Atkinson Graduate School of Management is housed in the Seeley G. Mudd Building. The School of Education, established in 1996, had an enrollment of 100 students, but closed in 2014.
Total value of jobs:
$270,000
Total Jobs:
2
Average Pay:
$90,000
% Masters:
30%

Willamette University Job Search in US and Canada

View All Salem, OR Jobs

8 high paying remote jobs you can get right now (and how to get hired there)
Sara London
7 ways to manage the effects of job search fatigue
Rolf Bax
Have you been the victim of 1 of these 7 cases of wrongful termination?
AnnaMarie Houlis
Ladders / Company / Willamette University