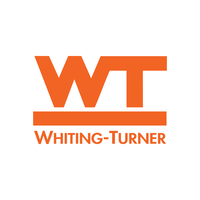 What are the highest paying jobs at The WhitingTurner Contracting Co?

Turner Construction is an American construction company with presence in 20 countries. It is a subsidiary of the German company HOCHTIEF. It is the largest domestic contractor in the United States as of 2019, with a revenue of $11.77 billion in 2017.

,Turner Construction was founded in New York City in 1902 by Henry Chandlee Turner. Its first project was a $690 concrete vault in Brooklyn, followed by concrete staircases for the New York City Subway. By the late 1920s, Turner was constructing buildings for large businesses in the United States. Turner's stock began trading on the American Stock Exchange in 1972. Turner's projects have included large buildings and numerous sports stadiums.

,In 2010s, the company was involved in a multi-year bid rigging scheme related to interior work at Bloomberg L.P. resulting in its then vice president Ronald Olson to plead guilty to federal charge of tax evasion on accepting $1.5 million in bribes from subcontractors.
Total value of jobs:
$3,090,000
Total Jobs:
18
Average Pay:
$134,347
Total Experts:
1
% Masters:
24%

The WhitingTurner Contracting Co Job Search in US and Canada

Top Jobs at The WhitingTurner Contracting Co by City

Everything you need to know about becoming a dermatologist
Ashley Jones
These US cities will pay up to $20,000 for you to relocate—but there’s always a catch
Benjamin Lorber
A guide to using social media to your advantage when job hunting
Sarah Dillon
Ladders / Company / The WhitingTurner Contracting Co