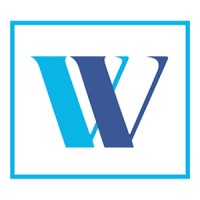 What are the highest paying jobs at Westlake Chemical Corporation?

Westlake Chemical is an international manufacturer and supplier of petrochemicals, polymers and fabricated building products, which are fundamental to various consumer and industrial markets. The company was founded by Ting Tsung Chao in 1986. it is the largest producer of low-density polyethylene in the US and ranks among the Forbes Global 2000. Westlake Chemical operates in two segments: Olefins and Vinyls, and is also an integrated producer of vinyls, with substantial downstream integration into polyvinyl chloride building products.

In 2014, Westlake made a significant expansion in their ethylene production facilities in Sulphur, Louisiana. In 2014, Westlake acquired the German polyvinyl chloride manufacturer Vinnolit.

Westlake Chemical Corporation Job Search in US and Canada

10 companies that offer unlimited vacation
Kyle Schnitzer
Are you angling for the C-suite? Work for Starbucks
Kyle Schnitzer
5 things to do before you land your next job
Wendi Weiner
Ladders / Company / Westlake Chemical Corporation