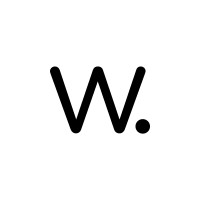 What are the highest paying jobs at Web?

Web.com Group Inc. is an American company headquartered in Jacksonville, Florida that provides domain name registration and web development services. Established in 1999 by Darin Brannan, the company was known as Website Pros Inc. until early 2008, after acquiring an Atlanta-based company called Web.com, which was founded in 1981 and formerly known as Interland, Inc. Web.com has 3.3 million subscribers, as of 2016, and 3,500 employees throughout the United States and in Argentina, Canada, and the United Kingdom, as of 2017.

Have you been the victim of 1 of these 7 cases of wrongful termination?
AnnaMarie Houlis
The job market is looking shockingly good for the Class of 2021
CW Headley
These are the 50 best companies in the world to work for right now
Kyle Schnitzer
Ladders / Company / Web